Most empties returning to India have historically arrived on intra-Asia trade routes, with China-origin containers leading that play, but Indian executives at major carriers have begun to send out cautionary signals. 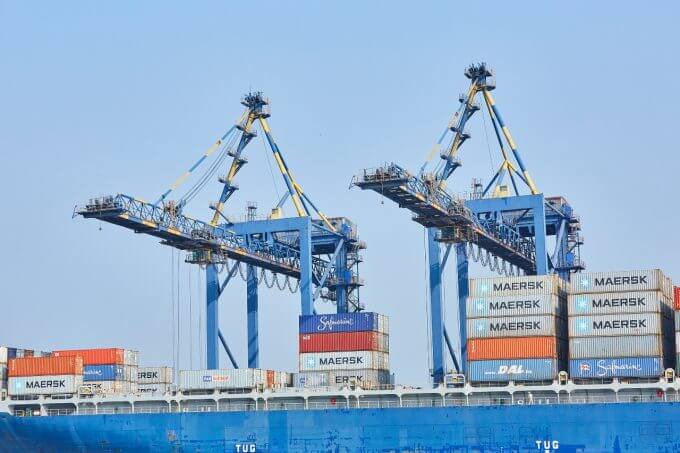 They warn that if the lockdown in Shenzhen (and, reportedly, many other provinces), in force until 20 March, prolongs and extends into other regions, there would be serious pressure on vessel flow already operating with all-time low schedule reliability.

“In case the situation does not improve over the next couple of days, completion of vessel operations and their eventual sailing could get delayed, leading to a cascading effect and congestion at ports, as well as even perhaps some blank sailings, as vessels would scramble to keep their schedules,” said Mr Vaswani.

“Any delay in the turnaround of ships could not only delay the shipments, but also further impact the already-tight space and equipment situation.”

According to him, shipping lines had been making every effort to mitigate equipment shortages in the Indian market, which he said led to some 1.85m teu of empties being repositioned into the country last year to keep pace with the unusual export demand growth.

Containerised exports across Indian ports soared 18% year on year, to 6.65m teu, last year, according to the CSLA.

Equipment provider Container xChange is also warning of further disruptions in the supply chain because of Chinese lockdowns. The digital platform noted that the availability of containers had become better after the new year holiday, but the latest disruption has cut into that turnaround.

“With the announcement of lockdowns, the supply chain must prepare for more turmoil in the coming months, impeding the flow of container movement as importers worldwide prepare for the peak season later this year,” Container xChange said. “Clearly, 2022 has not brought any cheer to the supply chain industry.”

Container xChange also estimated that average container prices in China had fallen in past weeks, sequentially, down to $5,329 on 27 February, for a 40ft high-cube unit at the port of Ningbo, from $5,930 on 14 February. Other Chinese ports, notably Shanghai, Qingdao and Shenzhen, also saw average prices slipthis month.

“Lockdowns in China will further reduce capacity and cause a surge in already inflated shipping prices,” said ContainerXChange CEO Johannes Schlingmeier. “The shockwaves will be felt almost everywhere in the world.”

Meanwhile, Indian authorities are exploring alternative shipping options to keep its trade with Russia flowing, in the wake of western sanctions and related supply chain disruption. A special committee has been set up to help local trade interests source vessels for freight movement to Russian ports.

A member of the task force told The Loadstar: “We are looking at all kinds of tonnage, but it will eventually be driven by what the shippers want.”