India: JNPT Records Over 21% Growth In Cargo Handling During July

In terms of rail operations, JNPT handled 77,662 TEUS of ICD traffic from 503 rakes in July 2021, and the Rail-Coefficient was 17.91%. To enhance the model shift from road to rail, JNPT is undertaking a host of initiatives like the commencement of rail service between JNPT and Balli (in South Goa) on the Konkan Railway, and other initiatives like ITRHO has helped to maximize train placement, track productivity, efficiency, cost-effective handling, reduce dwell time of import ICD boxes, connecting export ICD boxes to respective terminals in time and also increase rail quotient at JNPT. 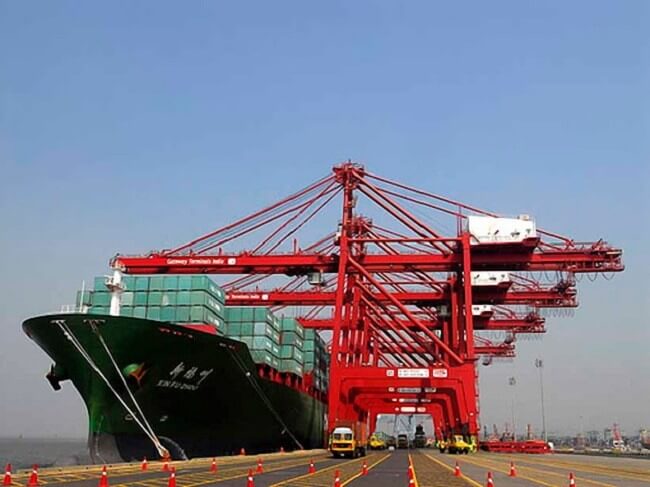 Commenting on this performance, JNPTChairmanShri Sanjay Sethisaid, along with stakeholders, the Port Trustcontinues to play an important part of the supply chain. Ithas also commenced trial operations at the newly constructed Coastal Berth, which will provide an impetus for coastal cargo movement and provide better infrastructure for coastal shipping and decongest rail and road networks, ensuring cost-competitive and effective multi-modal transportation solutions. He said, a letter of intenthas also been handed overto successful bidders of 9 plots in JNPT SEZ to boost port-led industrialization. Shri Sethi said, the Port Trusthas been relentlessly handling the evacuation and procurement of Medical Grade Oxygen and other Medical accessories and supply during the month.

He added that as a socially conscious organization committed to stakeholders, employees and local community, the JNPT hospital has administered over 10,000 doses of Covid-19 vaccine jabs. The immunization drive is being conducted not only for the JNPT staff but also for facilitating the local communities living in and around the port area.