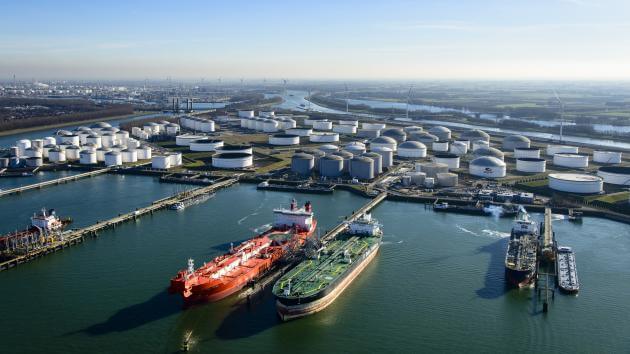 The ongoing crisis between Russia and Ukraine is one of the main reasons for the 4.4% decline in container volumes of the port of Rotterdam in the first half of the year. The major European port moved 7.27 million TEU in the first six months of 2022.

Port of Rotterdam Authority noted that another factor driving this container volume drop is the ongoing disruption of container logistics.

The port authority explains in its announcement, “Two years ago, the pandemic led to lockdowns and changes in consumption patterns. Container vessels were no longer able to comply with their sailing schedules, with disruptions in pre- and post-transportation as a result. To make up time, large vessels are now often cancelling calls to ports in their itineraries, and loading and unloading more containers per call. This results in peaks in activity at the terminals, which were already very busy since containers are left there for longer times on average because ship arrival times are more unreliable. As a result of these developments, shipping companies are currently using smaller ports of call for transshipment relatively more often than large ports such as Rotterdam.”

At the same time, the Dutch port handled 233.5 million tonnes of overall cargo, translating to a slight increase of 0.8%, compared to the first half of 2021.

Additionally, investments, including capital injections in participating interests, amounted to US$117,7 million, according to the port’s statement.

‘Our robust financial position is essential to continue investing in traditional hardware such as quay walls and jetties in the years ahead, but particularly in infrastructure for the energy transition. In addition, we are continuing to invest in digitalisation. By maintaining our position as a port with world-class infrastructure, we are ensuring that we remain an attractive location for companies to invest in the transition,” commented Vivienne de Leeuw, chief financial officer of Port of Rotterdam Authority.