Container ships have been stacking up off jammed ports in Southern California, as a flood of logjams and imports in the domestic logistics networks impact operations at the largest US gateway for seaborne trade. 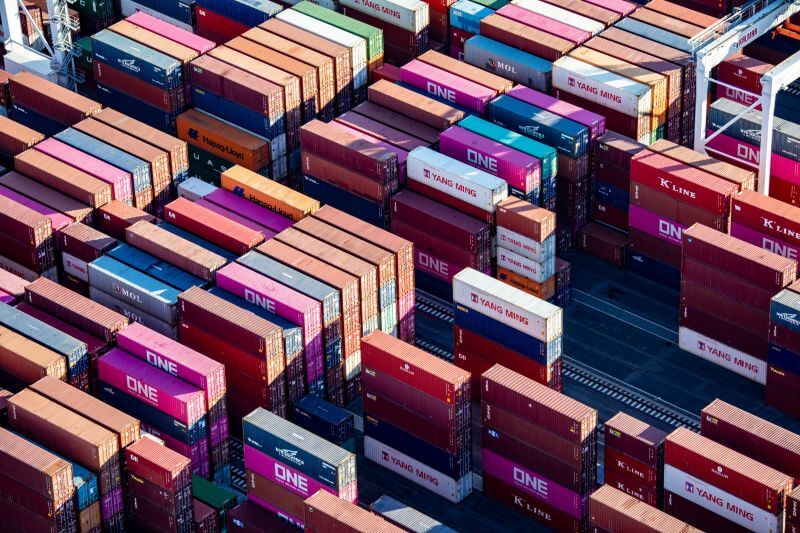 At least 37 container ships had been anchored off the adjacent ports of Long Beach and Los Angeles recently, per the Marine Exchange of Southern California. This has been the highest recorded number since February.

Aboard are thousands of boxes containing goods for retailers and manufacturers as the US businesses strive to restock inventories ahead of the holiday season. Just some months ago, the number of container ships at anchor in these two ports, which collaboratively tackle more than one-third of seaborne imports of the US, had come down to nine. In usual times, the number is none or one.

Leaders of the two ports reportedly said that the armada of cargo vessels is due to rising volumes and uncertainties in supply chains globally caused by the ongoing pandemic, and also exacerbated by shippers who have been pulling holiday imports ahead of time to avoid unnecessary delays later on.

American importers had been bringing in cargo earlier knowing that it may take longer than usual to get it in their systems.

The West Coast congestion is one of several bottlenecks as ports keep juggling rising consumer demand and shortages of equipment and workers due to COVID-related health and safety protocols. Twice in 2021, dozens of container vessels had to wait at anchor in several Chinese ports due to sluggish operations following unprecedented coronavirus outbreaks.

Some shippers have been considering alternatives to ocean carriers.

Kasper Rorsted, the AG Chief Executive of Adidas said that such challenges have been leading to additional logistics costs, significant delays, especially as companies have increasingly started using air freight.

But airfreight is not a viable option for all shippers due to the expense. Liner companies say that in most cases, diverting cargo to relatively less congested seaports is not possible. This is because they are not well-equipped to handle thousands of containers where several are bound for inland destinations located thousands and thousands of miles away.

In 2020, the two ports had a combined record of 17 million 20-foot-equivalent units, or TEUs, of containers, irrespective of the Covid-related slump. In 2021, the ports are forecast to surpass that and hit 19 million TEUs cumulatively.

The unforeseen rise in imports has been overwhelming Southern California warehouses, resulting in increasing rents, and making it harder to find space. Last month, the two railroads that had been transporting containers from the ports had restricted shipments temporarily from the West Coast into Chicago. This was primarily because boxes had been piling up at the Midwestern hubs as containers reached so fast that there was hardly any time to switch for onward transport.

Containers have been stacking up at the marine terminals as the record volumes strain rail and truck capacities. At Los Angeles’ APM Terminals, which is part of the A.P. Moeller-Maersk A/S group, boxes are currently being stored for about 10 days before they can be transferred inland. In pre-pandemic times, this would take two or three days.