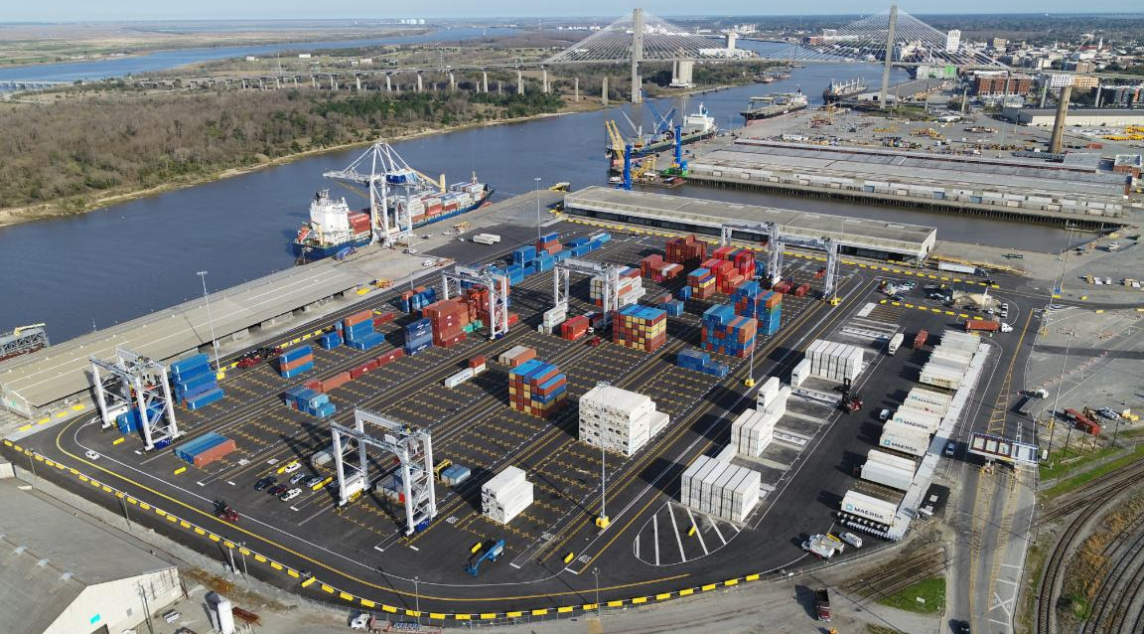 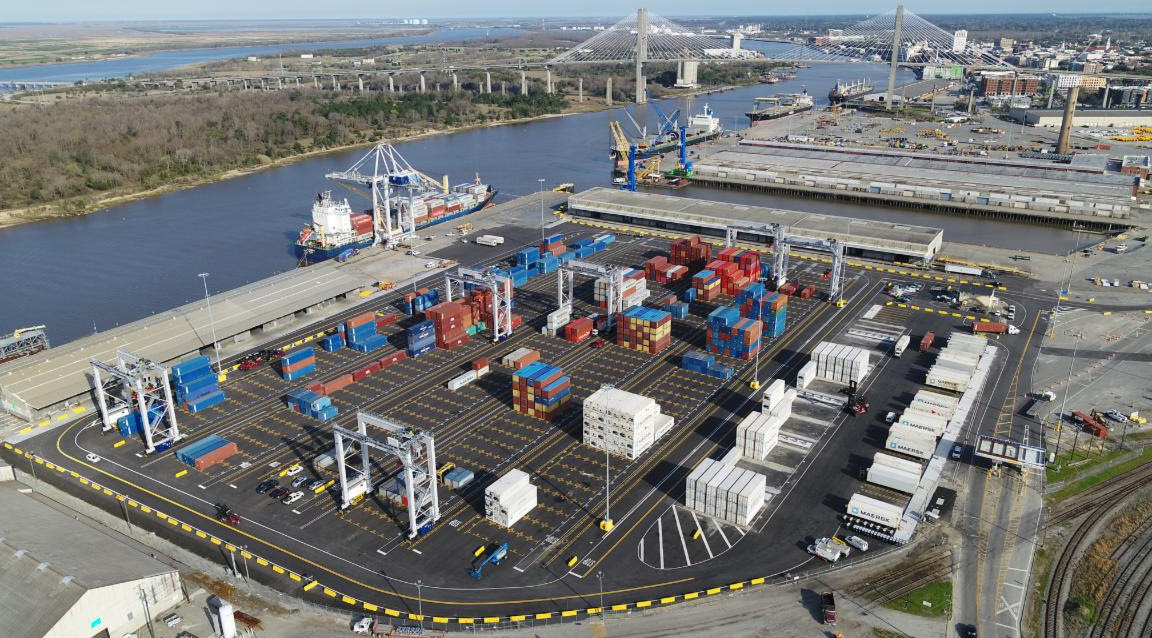 The board of Georgia Ports Authority (GPA) has approved a plan to renovate and realign the docks at the Port of Savannah’s Ocean Terminal aiming to better accommodate its expanding container operations.

“For nearly 40 years, Ocean Terminal has been handling a mix of container ships and breakbulk vessels. The realignment is part of a broader effort to transform the terminal into an all-container operation, shifting most breakbulk cargo to the Port of Brunswick,” explained Griff Lynch, executive director of GPA.

The port authority’s plans are to shift breakbulk cargo carried by Wallenius Wilhelmsen Ocean to Colonel’s Island Terminal in Brunswick. Construction has started on over 33,000 m² of dockside warehousing that will serve auto processing, as well as three additional buildings and more than 340,000 m² of auto storage space on the south side of the island.

The Ocean Terminal facility will be modified in two phases. Work will begin with rebuilding the docks to provide over 853 metres of berth space, capable of serving two big ships simultaneously, while the docks will be served by new ship-to-shore cranes.

GPA Board also expanded its crane purchase by one, for a total of eight cranes slated for Ocean Terminal.

According to GPA’s announcement, apart from new cranes and berth enhancements, the overall project will bring expanded gate facilities and paving to allow for 1.5 million TEUs of annual capacity. Wharf renovations are scheduled to start in January 2023, with the completion of the entire terminal redevelopment expected after three years.

In the meantime, the port of Savannah has achieved its busiest October ever, in which it handled nearly 553,000 TEUs.

Port officials expect container volumes to decline towards the end of the year. Lynch said the opening of a new container berth at Garden City Terminal next summer and volume declining from historic highs will help expedite vessel service, which saw backlogs during the height of demand.

“While we are beginning to see an anticipated market correction, it is important that GPA move forward with projects like the Ocean Terminal enhancements to accommodate business growth,” stated GPA board chairman, Joel Wooten.