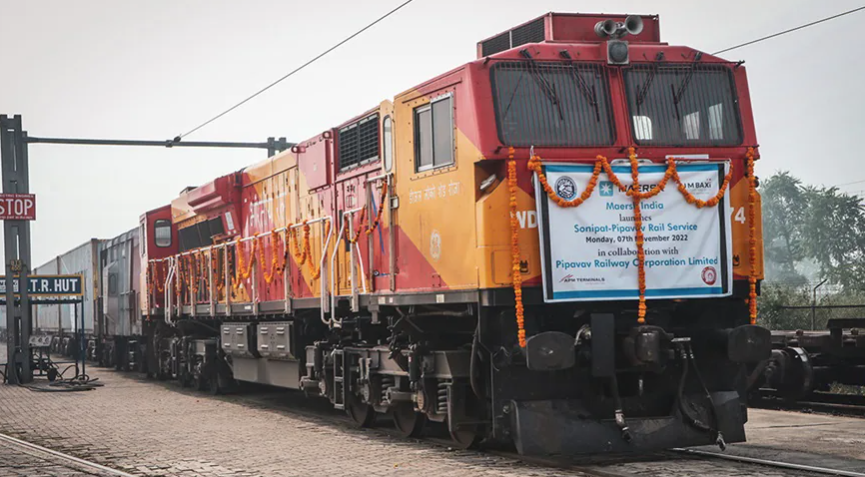 “The NCR is abundant with retail and rice exporters who need a regular connection from their manufacturing facilities to the consumers in the western market,” commented major Jyoti Joshi Mitter, head of rail at Maersk India.

He added, “Through our dialogues with our customers, we realised that they faced two challenges – either they don’t have a fixed schedule for departure from Sonipat ICD, and once they get it, they do not necessarily make it to the right vessel connection at the port.”

According to Maersk, the ‘Pratigya Express’ will move cargo from Sonipat ICD to APM Terminals Pipavav Port with a transit time of two and half days.

Also, from there, the cargo will have the option to connect on services such as the Shaheen Express, which will be launched in the coming days, or the MECL. Both of these services will then be able to take the cargo to the Middle Eastern or European markets.