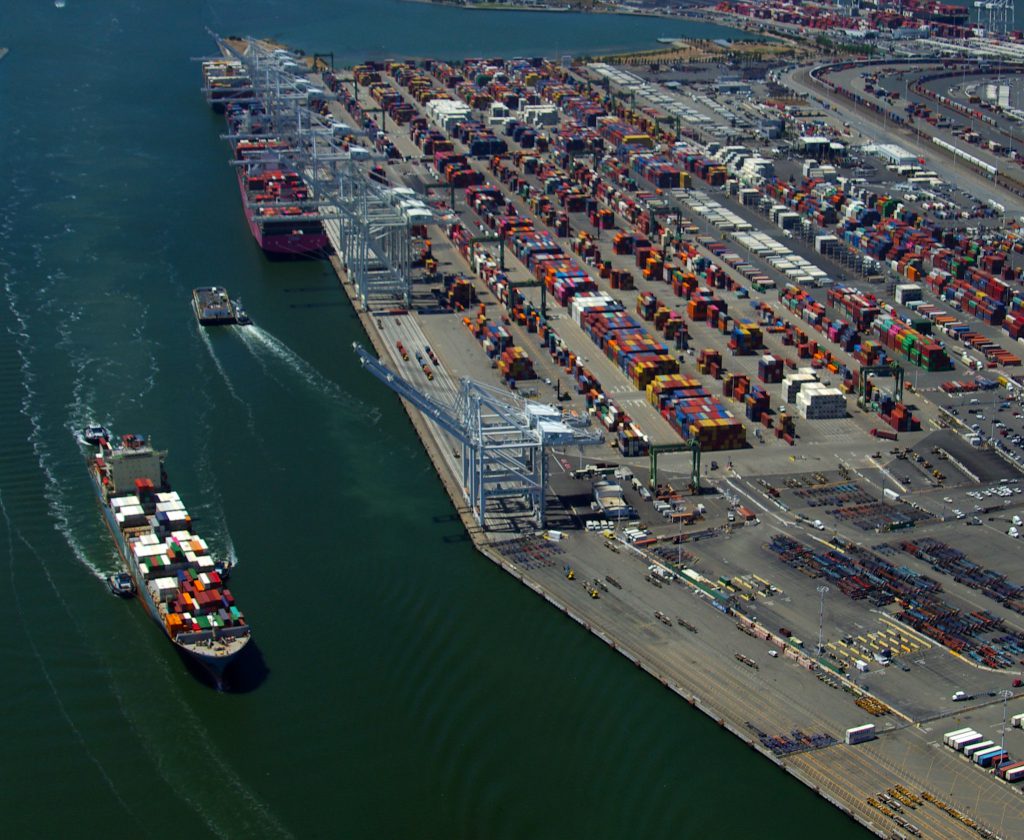 The Port of Oakland’s total loaded container volume dropped by 8% in August compared to the same month last year with 155,682 loaded TEUs.

Loaded imports declined by 10.2% recording 87,844 TEUs last month and loaded export containers experienced a 5.5% decline with 67,838 TEUs passing through the port in August.

In addition, full imports of the port of Oakland in 2022 year-to-date were down by 5% compared to the first eight months of 2021.

“We’re beginning to see signs of supply chain recovery after multi-year pandemic-related congestion, but we still have a way to go,” said Port of Oakland Maritime Director, Bryan Brandes, who went on to add, “We will continue working with our industry partners to boost cargo fluidity and vessel service.”

Freight rates for cargo shipped from Asia to the United States continue to drop pointing to a softening in demand for imports, according to the Californian port, which noted that continued congestion at box yards may still be a factor in ship delays at the Oakland Seaport, with most docked vessels staying two or more days. 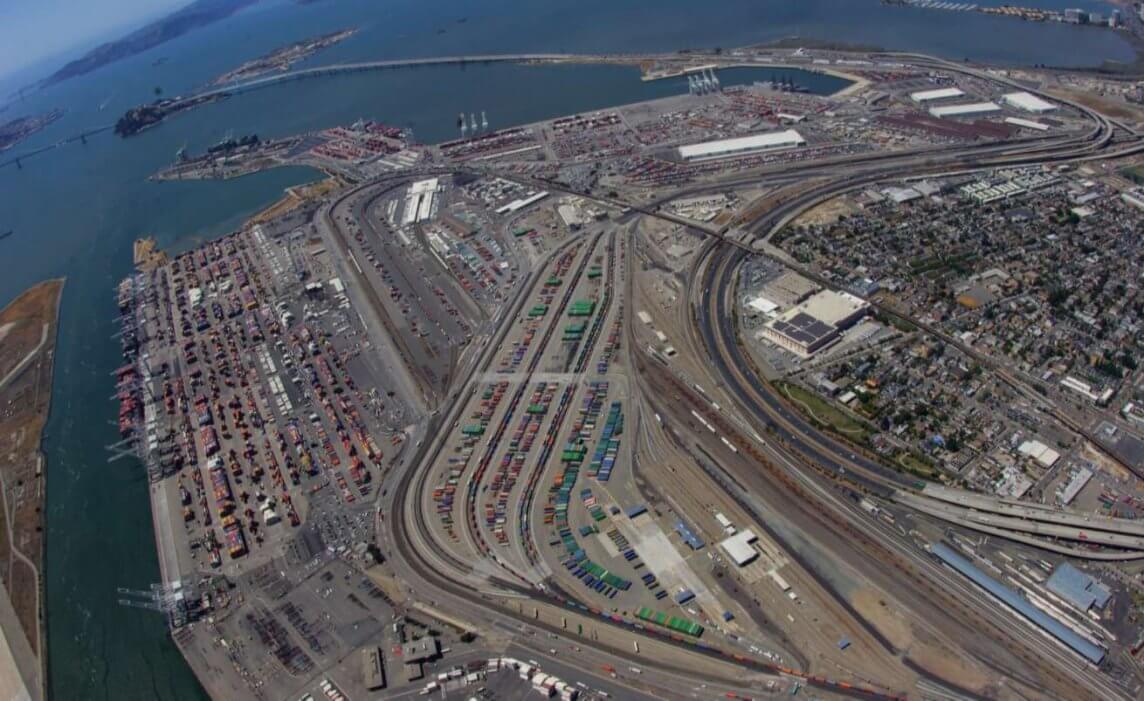 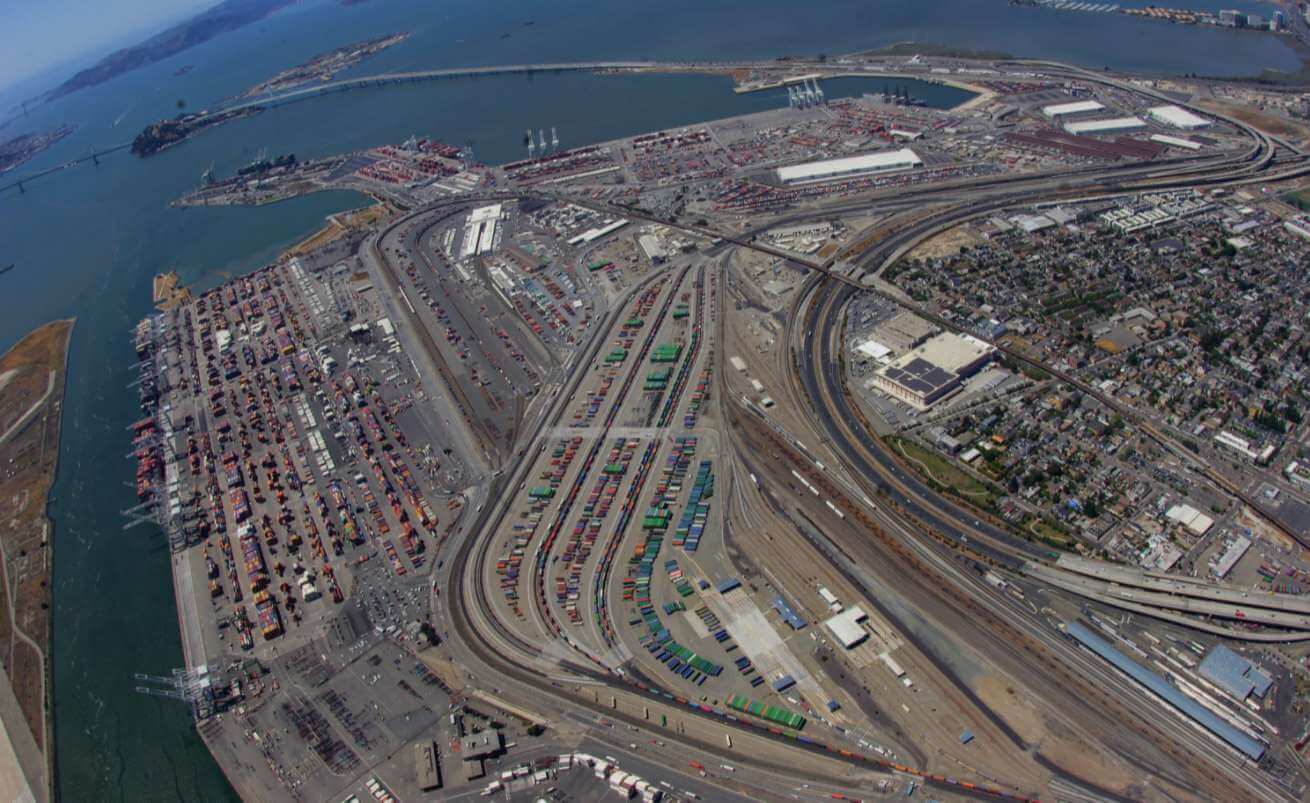 Port of Oakland has announced that its marine terminals have resumed operations since Saturday, 23 July, after several days of disruption by truck drivers protesting the worker law AB5.

“The Port of Oakland has resumed full operations,” confirmed port executive director, Danny Wan, who noted, “We appreciate the independent truck drivers’ use of the designated Free Speech Zones and we thank local law enforcement for their continued assistance.”

Wan added, “The truckers have been heard and we now urge them to voice their grievances with lawmakers, not the Port of Oakland.”

City of Oakland, regional and state law enforcement are continuing to monitor and implement measures to keep traffic flowing, according to the port statement. 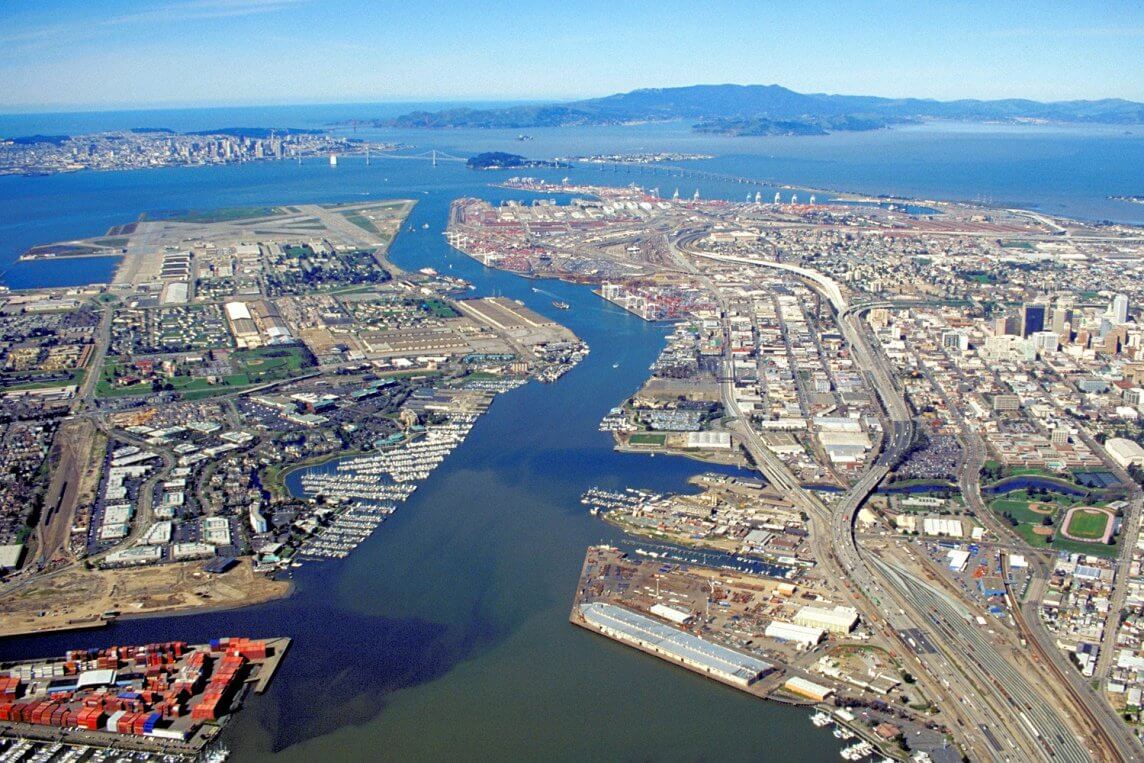 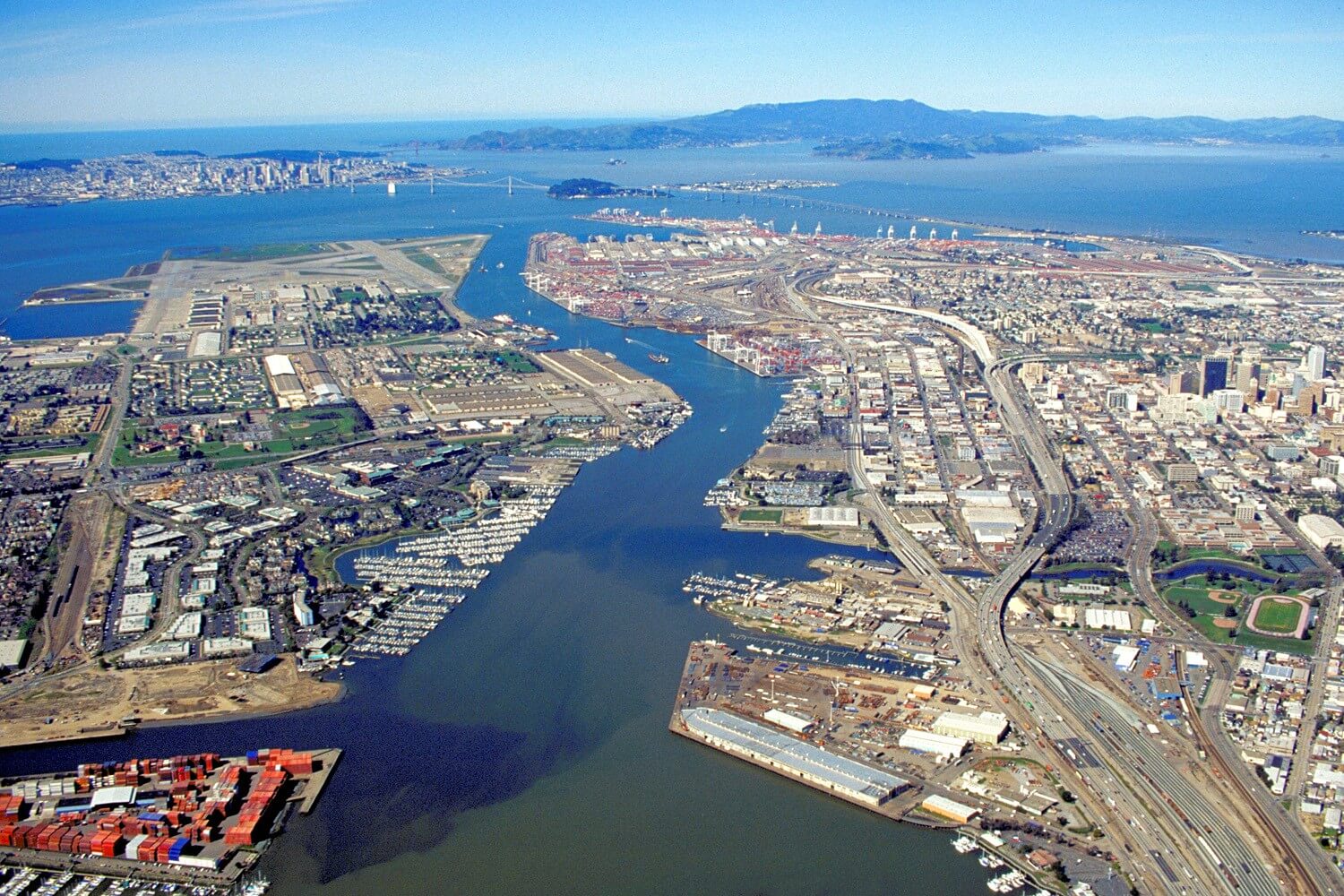 The Oakland (US) Board of Port Commissioners has approved a 2023 fiscal year budget of US$480 million.

This operating budget projects a 9% increase in passengers at the Port’s Oakland International Airport (OAK) and a 2% growth in cargo volume at the Oakland Seaport.

“Our economy has overcome the initial pandemic shock and our employees have done an excellent job containing expenses. However rising inflation and a threatened recession mean we have to remain vigilant,” commented Port of Oakland executive director, Danny Wan.

Meanwhile, the Port of Oakland expects revenue growth of US$35 million in 2023. “Port operations are supported by a strong and diverse local economy. The Bay Area remains an important center of commerce, and the Port remains a key gateway for both domestic and international trade and a top travel destination,” said the port in its budget outlook.

Port of Oakland has warned that its businesses face challenges in the next financial year which include fears of a recession that could hinder Oakland International Airport passenger growth (now at 83% of pre-pandemic levels), ongoing supply chain congestion and higher costs due to inflation.

Additionally, Port Commissioners approved a US$112.4 million capital budget for the upcoming fiscal year aiming to improve the infrastructure of Oakland International Airport and Oakland Seaport.

The port’s five-year capital improvement plan is projected to be US$907.8 million.

Around a third of the port’s capital improvement plan is expected to be allocated to various environmental, utility and electrification initiatives. 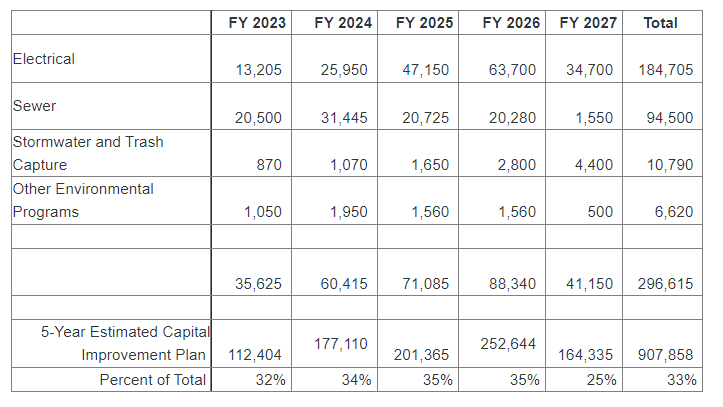 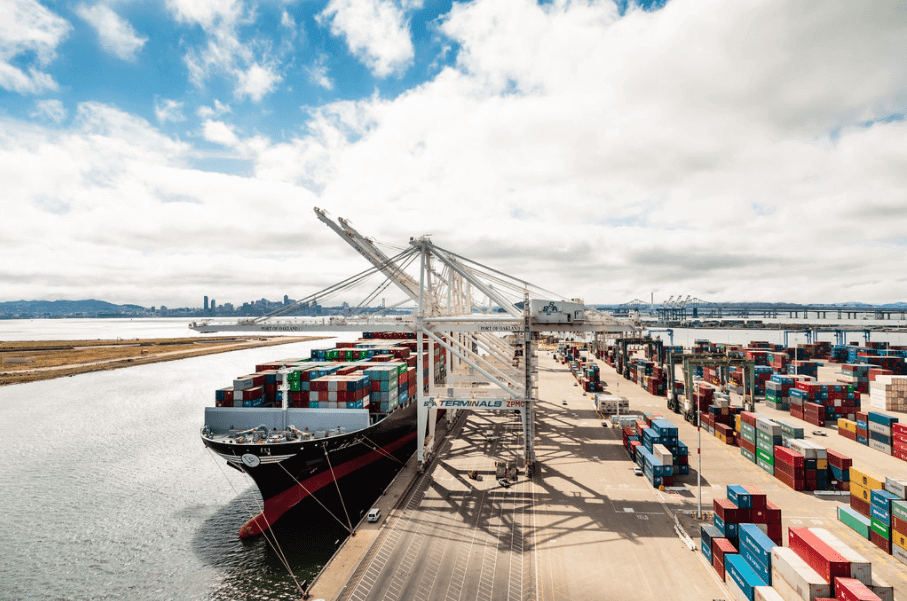 The port of Oakland has recorded a year-to-date volume increase in July but a decline in comparison to the same period of last year.

In particular, the US port has seen a growth of 9% in total volumes and 16% in imports since the start of 2021.

However, a slight downtrend in container traffic has been noticed, as the total volumes which include imports, exports and empty container repositioning, decreased by 3.5% compared to the previous year’s July.

In the meantime, containerised imports saw a year-on-year decline of 1.7%, while exports decreased by 4.7%.

The port attributed the declines to the high cargo volume during the first half of the year, as surging shipments stacked up on docks causing delivery delays.

Due to that fact, shipping lines omitted several sailings to the harbour, according to Port of Oakland Maritime Director, Bryan Brandes who stated that “Vessel berths and container yards were crowded with some shipping lines bypassing Oakland.”

Despite the current downtrend, the port estimates that cargo volume should increase again from August through October, as those months constitute the peak shipping season for retailers building holiday inventories.

Within weeks the transpacific market has brightened significantly for the port of Oakland, as two carriers have launched new services from Asia.

The port authority hopes these will fare better than two runs introduced earlier this year that were impacted by congestion on its docks.

It follows the start of a service by Matson on 27 July from Ningbo and Shanghai to Oakland and Long Beach, returning to Asia via its Honolulu base.

According to Oakland, Matson’s new venture will run three out of every five weeks, with ocean transits of 12-14 days from China.

With these new services under its belt, the port seems well positioned to see throughput rise to 2.6 million teu this year – over the first six months volumes increased 11.4% , with the box count up to 1.3m teu, with imports the main driver, surging 15% in June, while exports advanced 0.8%

The port authority described the new services as re-affirmation of rising demand for a gateway in Northern California and pointed to increased consumer demand in this part of the state, as well as a proliferation of nearby e-commerce distribution centres as major drivers of growth.

Moreover, it argues, the port is enjoying a growing role as a gateway to the US interior, as both new services make Oakland their first port of call in the country.

The port authority hopes the new ventures will fare better than other transpacific services that were diverted or suspended earlier this year. Zim had planned an expedited run with Oakland the first port of call, but shifted it to Los Angeles owing to congestion at Oakland.

In late May, when the operation was getting under way, there were more vessels waiting for berths atvOakland than at Los Angeles. The main reason was congestion at the docks due to a shortage of labour and the temporary loss of one berth, occupied by three recently arrived post-panamax cranes.

The congestion also prompted Hapag-Lloyd and CMA CGM to change their plans. The former temporarily suspended its calls at Oakland, and CMA CGM, the first carrier to launch a fast transpacific service calling at Oakland first in North America this year, has been alternating its calls at Oakland and Seattle. And MSC announced in July it was reducing its Oakland service from weekly to fortnightly calls.

However, the new transpacific services suggest a rebound in carrier confidence in Oakland as a gateway. With the new cranes installed and congestion at Los Angeles and Long Beach worsening, the port seems in a better position to hold on to these new operations.

And on the new Wan Hai service, the port authority said it had ample rail capacity to ship imports to the interior. However, congestion on the rail system has spread, primarily from choked hubs in the interior through carrier networks, all the way to the ports.