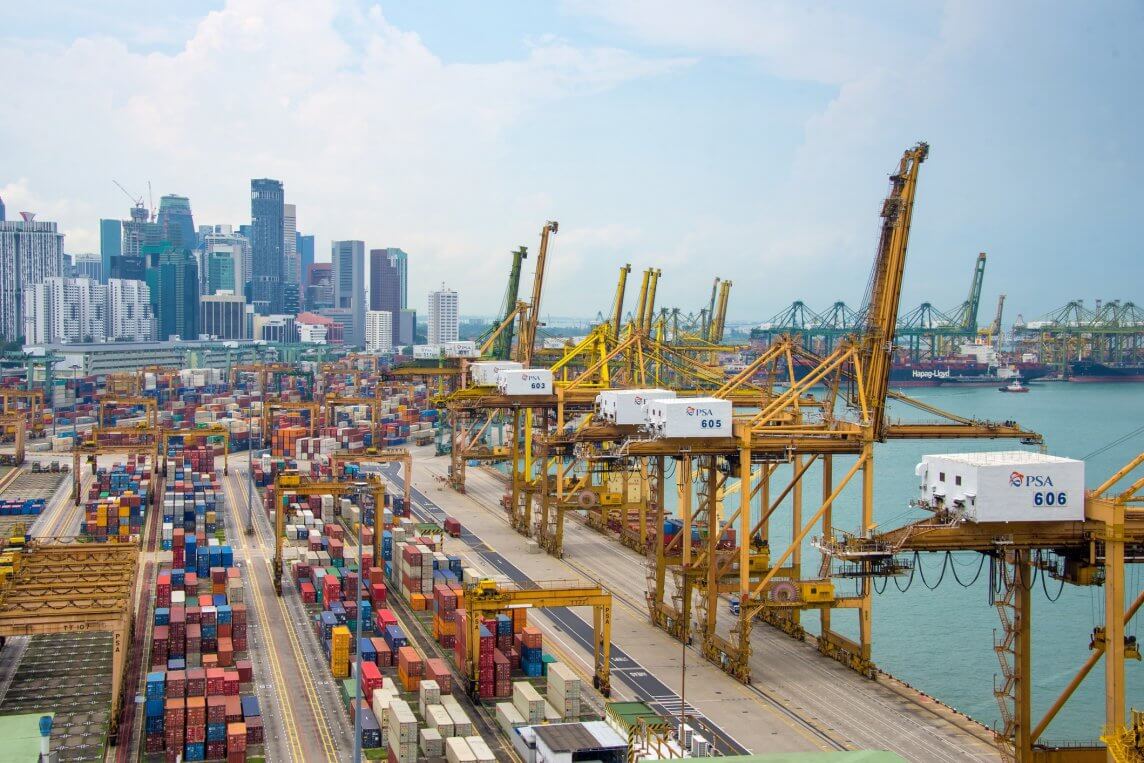 Singapore aims to enhance and strengthen Tuas Port capabilities with an ongoing plan, which once fully completed around 20 years from now, the port is expected to handle 65 million TEUs annually, almost double current volumes.

According to a recent announcement by Singapore’s Ministry of Transport (MOT), the first two berths in Tuas Port Phase 1 started operations in December 2021 on schedule, and three more berths will start operations by December 2022.

“The first two berths started operations last December, ships are calling there from all over the world,” confirmed Prime Minister of Singapore, Lee Hsien Loong, during his speech at National Day Rally 2022 (21 August).

According to the plan, operations at Tuas Port Phase 1 will have 21 deep-water berths that can handle 20 million TEUs annually when fully operationalised in 2027, while the major container port operator in Singapore, PSA, is expecting to move over all their operations at Tanjong Pagar, Keppel, and Brani Terminals to Tuas Port by 2027.

“Operations at Pasir Panjang Terminal will be consolidated at Tuas Port by 2040s,” noted Singapore’s MOT.

“The existing terminals at Tanjong Pagar, Brani, Keppel and Pasir Panjang were working fine. But we decided nevertheless to consolidate all our port operations into one mega port at Tuas. This shift would progressively free up prime waterfront land from Shenton Way to Pasir Panjang for the future Greater Southern Waterfront,” said Singapore’s Prime Minister, Lee Hsien Loong.

“The move to Tuas has already started,” he pointed out.

For example, MPA is developing the Next Generation Vessel Traffic Management System to provide accurate, real-time situational awareness of the shipping traffic, and the digitalPORT@SGTM, to enhance efficiency of port operations and reduce the turnaround time of ships. Additionally, electrified automated yard cranes and automated guided vehicles (AGVs) will be used for the transport of containers between the yard and the wharf in Tuas Port.

PSA is also working closely with technology partners to co-develop advanced automation and digitalisation solutions across multiple avenues, including cranes and AGVs, with scalable designs for future growth and expansion, as operations in Tuas Port gradually scales up.

Moreover, PSA is expected to deploy a private 5G network to support 5G-enabled AGVs and automated cranes at Tuas Port and the current Pasir Panjang Terminal. In addition, PSA is exploring the future use of 5G in PSA Smart Grid5 and cargo handling operations.

“We have just completed Phase I of Tuas Port; Phases II, III and IV will follow. We will have the world’s largest fully automated port, and that should make us a leading global player in the maritime space,” concluded Lee Hsien Loong.