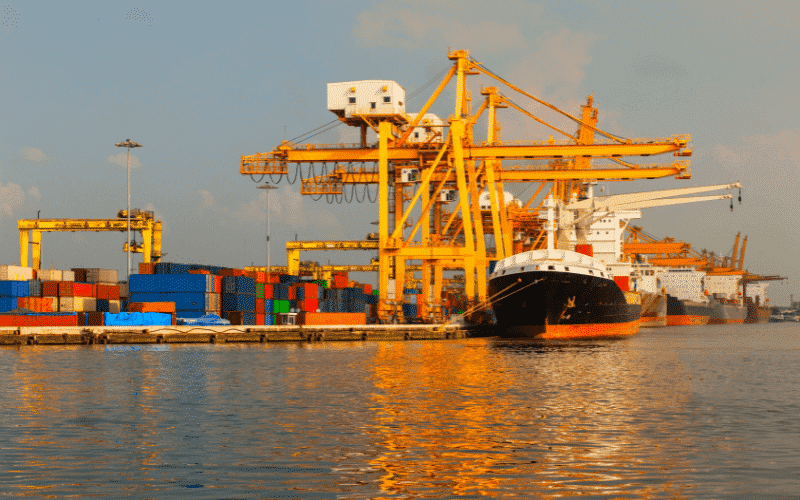 Ports play a vital role in a nation’s economic development by facilitating smooth trading operations. They also contribute to global economic prosperity through the maintenance of supply networks across many countries.

Romania is the twelfth largest country in Europe with a growing economy. It borders the black sea to the southeast and shares a maritime border with Turkey. It also has many inland ports situated on the Danube. The strategic location of Romania places the country as an important player in international maritime trade and commerce.

The Romanian Ports are managed by the Ports Authority of Romania, owned by the Government of the country. Let’s look at some major ports of Romania in this article. 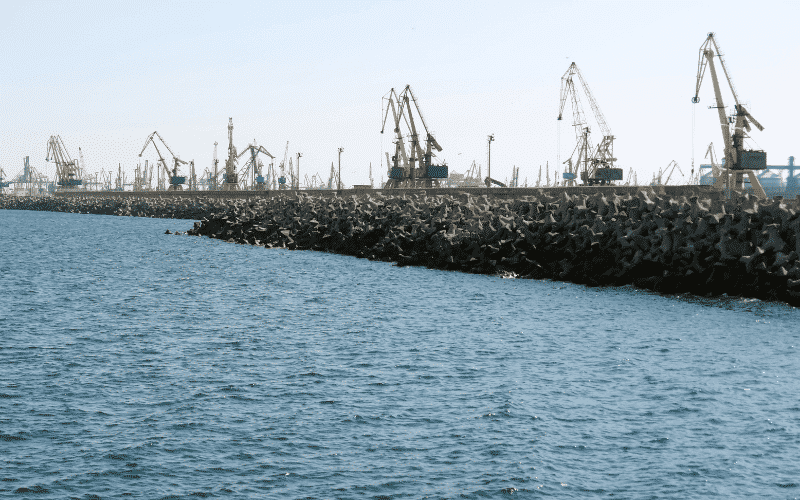 Constanta is Romania’s most important port located on the western coast of the Black Sea. It is not only a crucial hub for trade but also a famous tourist spot. The port’s capacity is 90 million tons per annum with a 19-meter natural depth and has modern equipment.

Constanta deals with many types of cargo such as dry and liquid one, project and general cargo, and also passengers. Since 2016, the port has emerged as the principal Eastern waterway for agriculture-related business to and from Romania and other neighbouring countries.

Being a multipurpose trading port, Constanta has much scope for expansion. It also faces the challenge to accommodate huge ships and new cargo types. This requires further improvement in existing facilities and so the government is constantly working to build new connections with the Caspian region to draw new kinds of cargo. 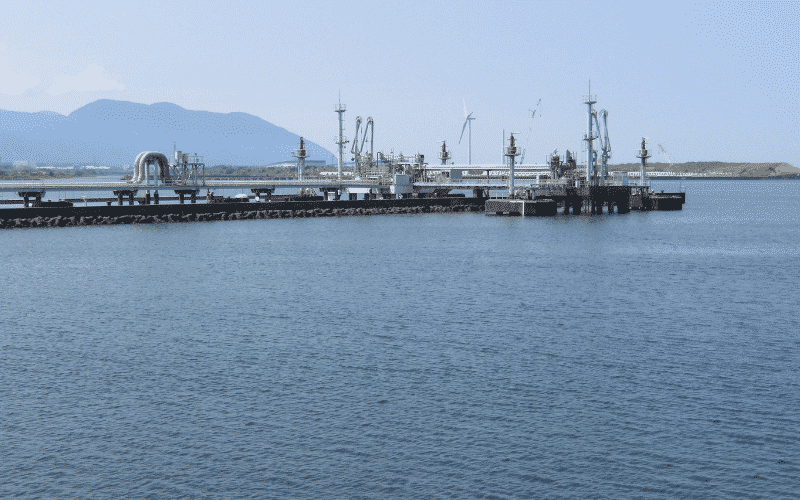 The Port of Midia resides on the Black Sea coastline and is around 13.5 nautical miles from Constanța. It functions as a satellite port of Constanta and was constructed to meet the requirements of industrial and petrochemical industries located nearby.

It deals with the transport of chemicals, oil products, fisheries, and ammonia. At this port, ship repairs and maintenance services are also provided.

The port has 14 berths including 11 operational berths, spanning 2.24 km. This port is mainly used for transporting crude oil to the Petromidia Refinery. 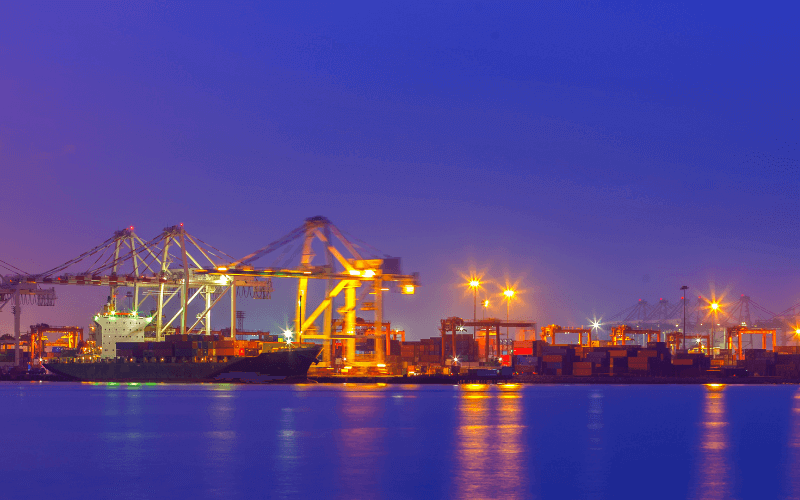 The Medgidia port is one of the largest riverine ports in Romania. Situated on the Danube-Black Sea Canal, it is quite a busy port, well connected through roads and railways.

It is located near Medgidia city and is well equipped with the latest operational equipment. It also offers medical, water, fuel, and banking facilities. The Constanza International Airport is just 31 km from the port. 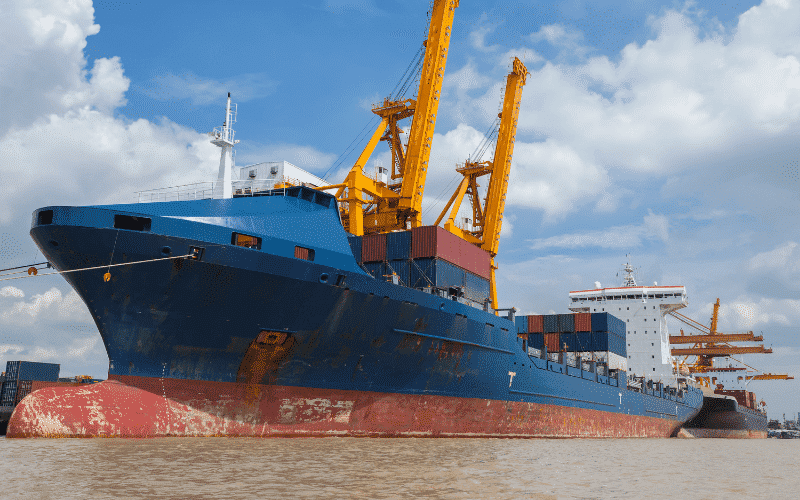 Bechet port is situated on the left bank of the Danube and is accessible only through roads. It has two docks- one made of stone, measuring 600m, and the vertical one which is 70 meters long. At max, it can handle ships weighing around 2000 tons. It has flourishing annual freight traffic of about 50,000 tons every year.

It has three berths with the cereal berth being 100 meters, the berth for general goods being 200 meters, and the dana oil terminal which is 300 meters long.

The port is equipped with huge storage spaces, warehouses, platforms as big as 12,000 sqm, and an oil terminal. The headquarters of administration, border customs, and police are located near the port.

It provides services such as post-telecommunications and also hydrometric measurements and has a grain transhipment facility, a truck weighing scale, and also manoeuvre equipment.

5. Port of the New Galati Basin 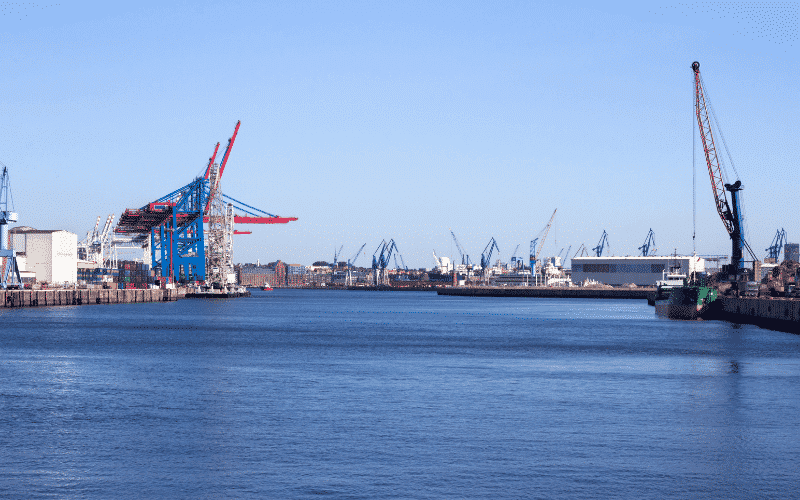 The Galati port called BAZINUL NOU Port was built in the early 1900s and is the second-largest Romanian port. It is situated near Galati city and is an important revenue source for the city due to the presence of many multinational corporations near the port.

It is the most important port of the Danube and its key activities include shipbuilding and chartering for a variety of goods. The Galati Shipyard is owned by the Damen Group which is a Dutch enterprise.

The METAL TRADE Group took over and privatized the port in 1999. Since then, the port has witnessed tremendous growth in terms of an increase in the volume of trade and the development of modern infrastructural facilities.

It also specializes in port services such as loading and unloading and storage of import and export goods. Its goods traffic increased to around 1,100,000 tons in 2006. In this, Metallurgical products amounted to 900,000 tons, the share of bulk goods was 120,000 tons and general goods were around 15,000 tons. Timber was 51,000 cubic meters and containers numbered ar 225pieces.

The port covers an area of 334,464,470 square meters and is accessible through roadways, railways, and river routes. 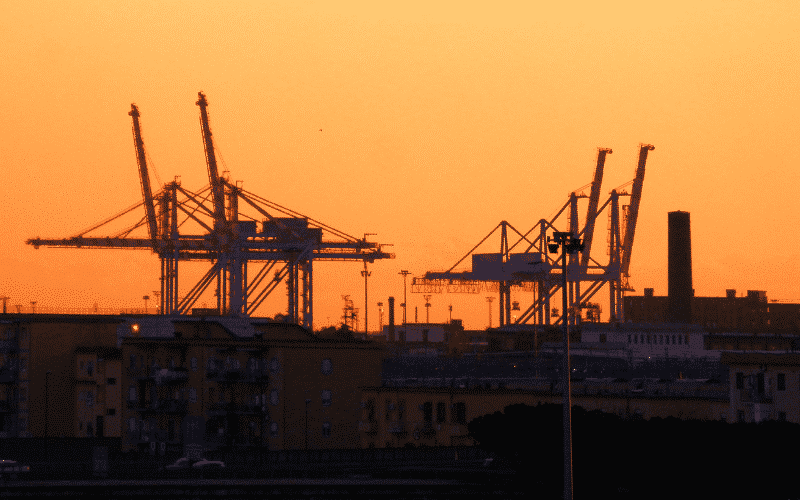 The port of Calarasi is situated near the Borcea arm of the Danube. There is a minimum water depth of 2.8m in the basin. The port comprises three areas – the Industrial Port, which can be reached through an access canal, the Commercial Port, and the Steel Product Port.

The industrial port specializes in metallurgical products. It has functional berths consisting of a vertical wharf measuring 400m for handling steel products. It has16tfx32 cranes and wide platforms. It has another platform that is 135 meters long for loading slag. The depth in the berths is around 4.25m.

The Commercial Port is quite close to the city. It has an inclined wharf berth which also has a grain silo and port platform. It also has bulk goods storage berths measuring 250 m, cranes, and a garage line as well.

The port also boasts of berths for passengers which are well equipped with a waiting room and also mooring pontoons for the safety and ease of passengers.

The commercial port platforms span 213,000 sqm with the warehouses covering around 3000 sqm. The Calarasi port has two operating springs with inclined docks, warehouses, and a trestle with a conveyor belt.

7. The Port of Braila

The Braila port is a riverine port on the Danube and is a crucial port of Romania dealing in trade and transportation of cereals. It is a part of the TEN-T network and comprises the following areas-

The first is the old region of ​​Braila port which has a non-operational area with a natural shoreline. Then there is a vertical wharf of around 1200 m and 171 km downstream are five berths of 400 m for passenger ships. There is also a 750 m long maritime berth with a sloping quay for general cargo. The berth’s minimum depth is 7.5 m.

The Docuri basin has a port front whereas the Braila free zone is divided into three sectors. Sector one is situated downstream of the Braila pore, the second sector is called the “Varsatura” area which is on the Braila outskirts and the third sector is located in the vicinity of the port.

Braila Port has enormous potential for growth if the river transport could be carried out largely by the industries in the area along with an increase in Braila’s capacity to handle more cargo. There is also a need to modernize the infrastructure in the Port of Barila. The Giurgiu port is situated on the Danube river near the city of Giurgiu. It has a container terminal with a capacity of 30,000 TEU’s.

It has four-port areas namely, the commercial area called “Ramadan” with an inclined wharf 1400m long and consists of waiting berths for goods, commercial berths along with berths for passengers and tourism. It has pontoon mooring, a river station, and customs administration offices.

Second is the oil port area- “Cioroiu” with a wharf measuring 710 m which has commercial operative berths and waiting berths. It has modern pontoons for fuel manoeuvring and a fuel depot as well. It also has tanks and huge storage containers.

The commercial area “Plant Basin” comprises the north side and the south side of the basin. It has cranes, storage platforms, and a natural shore. The “Veriga” pool area used by the Giurgiu Shipyard, is a hub for the construction and repair of ships. The Giurgiu Free Zone entails the “Cioroiu” port zone and the Chemical Plant area. 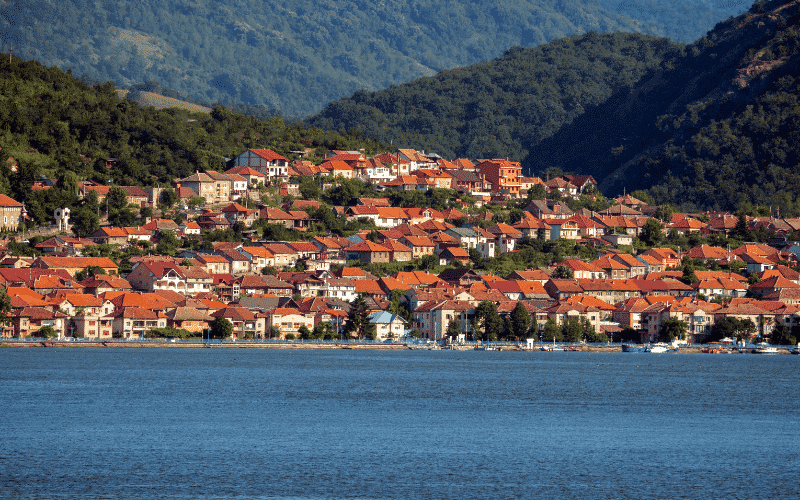 The Port of Orsova is located on the Danube near Romania’s Mehedinți County. The industry in the small town is centered on energy production and extraction of bentonite, chromium, and granite.

The port of Orsova provides shipbuilding services and has an annual operational capacity of 12,00,000 tons.

The Orșova shipyard was built in 1890 for the repair of sea vessels but after the 1990s, it recorded drastic growth. The major commercial activity of this port is Receipt and storage of goods, delivery of stored products, loading and unloading of grain. It also deals with trade-in loose cement, powdery material, and bulk goods.

The port offers commercial spaces, warehouses, and offices which are readily available for rent.

It has sophisticated equipment such as gantry cranes, loaders, trailers, and belt conveyors. It also has a river station, equipment repair workshops, a washing ramp, access roads, and huge platforms for storing goods. 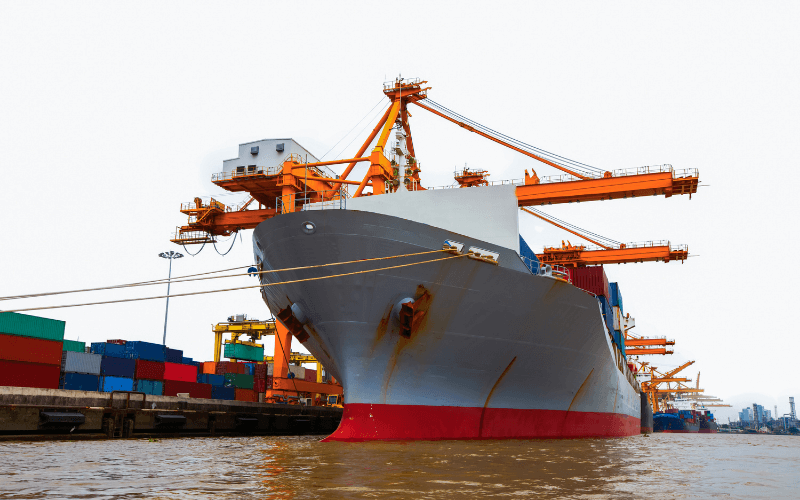 The Port of Moldova Veche is a riverine port near the town of Moldova Nouă. It has 6 berths and its dock measures 560 meters. It also has two terminals, one for cargo and the other for passengers. This port handles the trade of wood products, sand, gravel, bricks, and fertilizers.

It has cranes for commercial and passenger berths and also a wide port platform. The port is accessible only through the road. The offices of port authorities like the port administration are located nearby.

Ports are essential as they bridge the gap between the land and sea. They also provide easy movement of freight traffic and people from one place to another, aiding cross-cultural exchanges. A country with many flourishing ports has a strong economy as the benefit from trade is invested for the growth of its infrastructure, technology, and other vital assets.