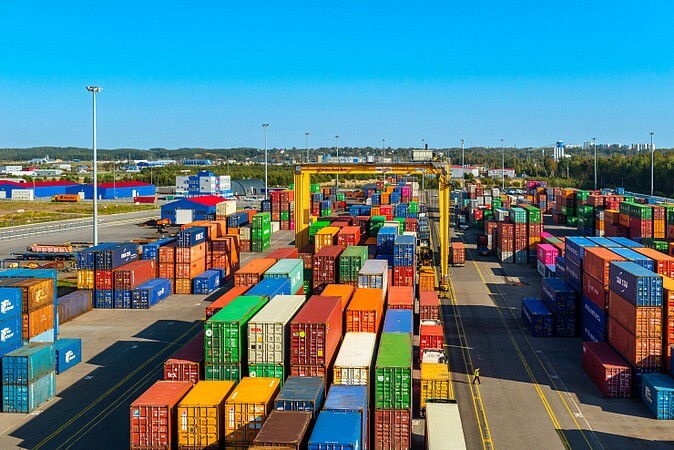 Supply chains backed up on US East Coast, but free flowing pockets remain

Several major container ports on the US East Coast are experiencing elevated levels of congestion, but a few remain relatively free flowing and uncongested. 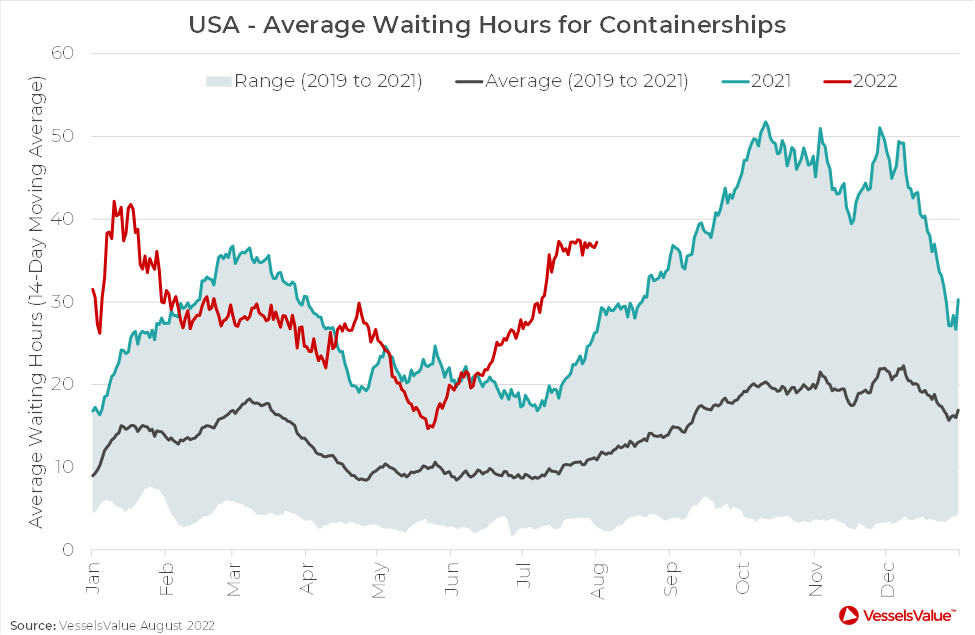 As container lines reposition services away from the US West Coast, where waiting times hit once in a generation levels over the global Covid-19 pandemic, the strain on East Coast logistics has increased considerably. Of the top ten US East Coast Container terminals, four currently exhibit long waiting times. These are New York and Elizabeth APM Terminals (both part of the Port of New York) and Garden City and Savannah Terminal (both Port of Savannah). As shown in the following figure, average waiting times at the Port of New York have oscillated between 20 and 50 hours for most of this year. This is far higher than last year’s levels, which rarely exceeded 20 hours, and the three average, which rarely exceeded 10 hours. 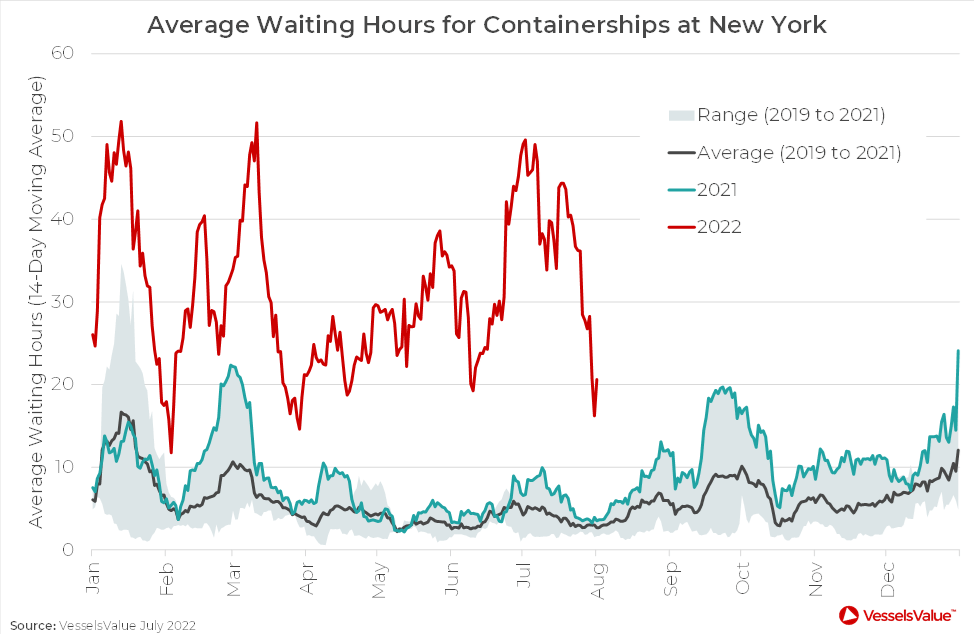 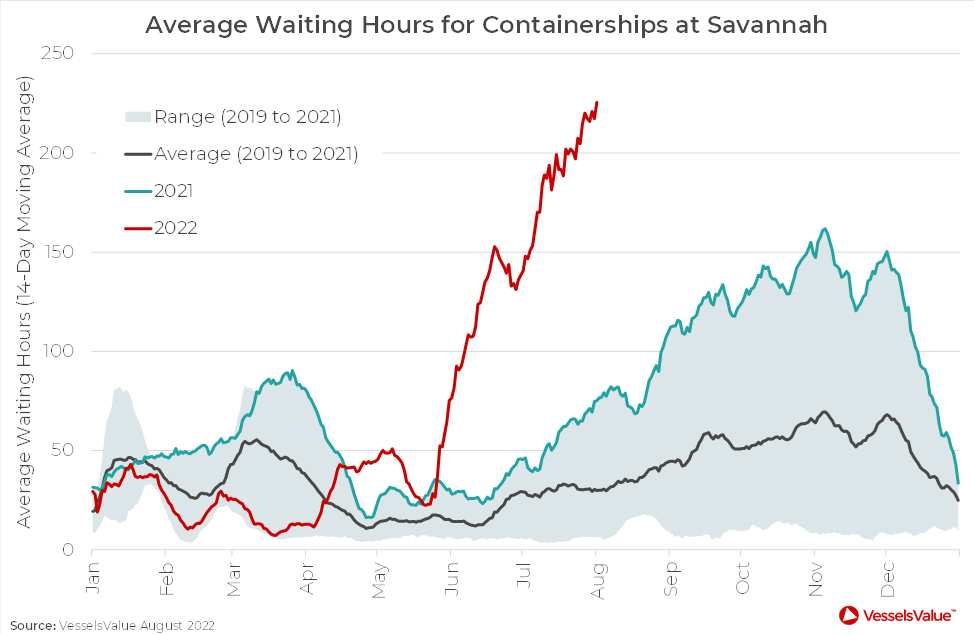 However, six of the top ten continue to function normally and exhibit relatively short waiting times. These are Norfolk International and Virginia International Gateway Terminals (both Port of Norfolk), Maher and Port Newark Terminals (both Port of New York), Packer Avenue Terminal (Port of Philadelphia) and Wando Welch Terminal (Port of Charleston). As shown in the following figure, average waiting times for container ships at Norfolk have rarely exceeded 6 hours in recent history and are currently almost nothing. 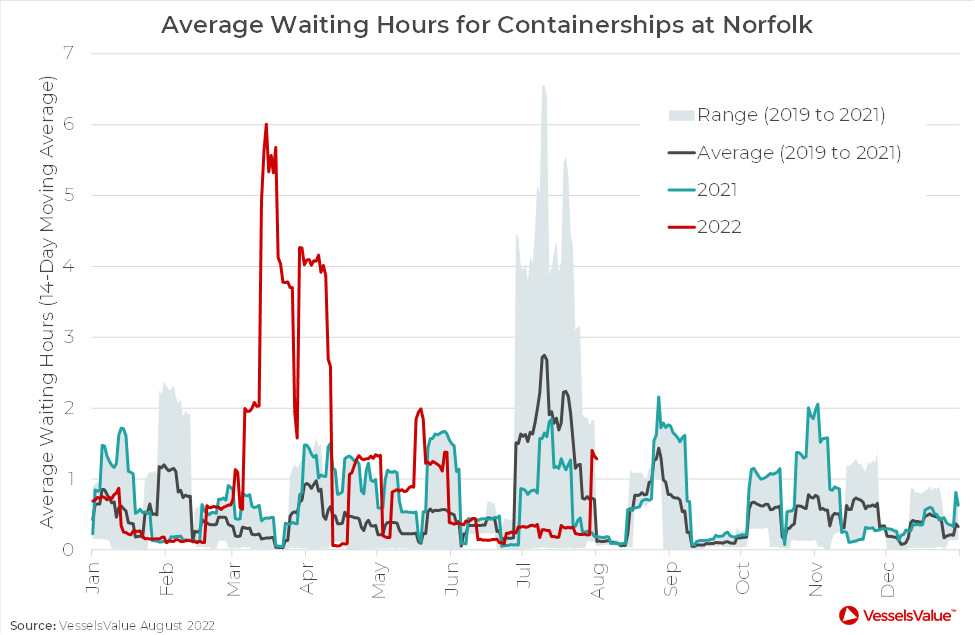 The four congested terminals are among the busiest on the US East Coast and handle bigger ships, including the biggest type, Ultra Large Container Vessels (ULCVs). However, of the six less congested terminals, Virginia International Gateway and Wando Welch have also handled ULCVs this year, so easier and faster transit for the biggest ships is still possible.

Shippers and Lines that have any flexibility in their schedules should consider alternative routes into key markets, such as the US East Coast.

Below, VesselsValue has noted the average waiting hours for container vessels at major ports on the West Coast of the United States and Houston. 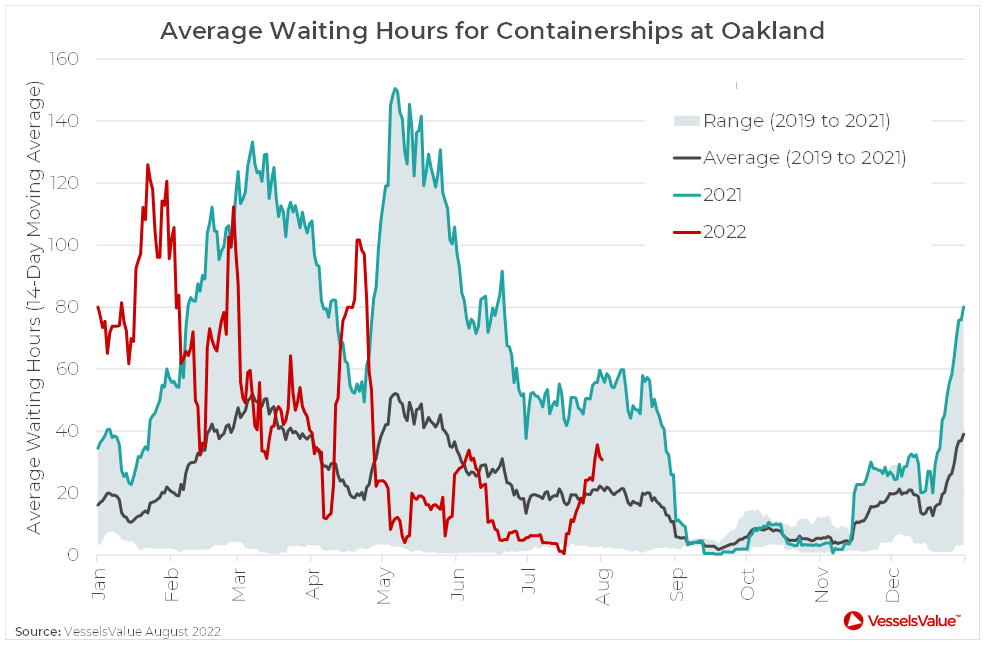 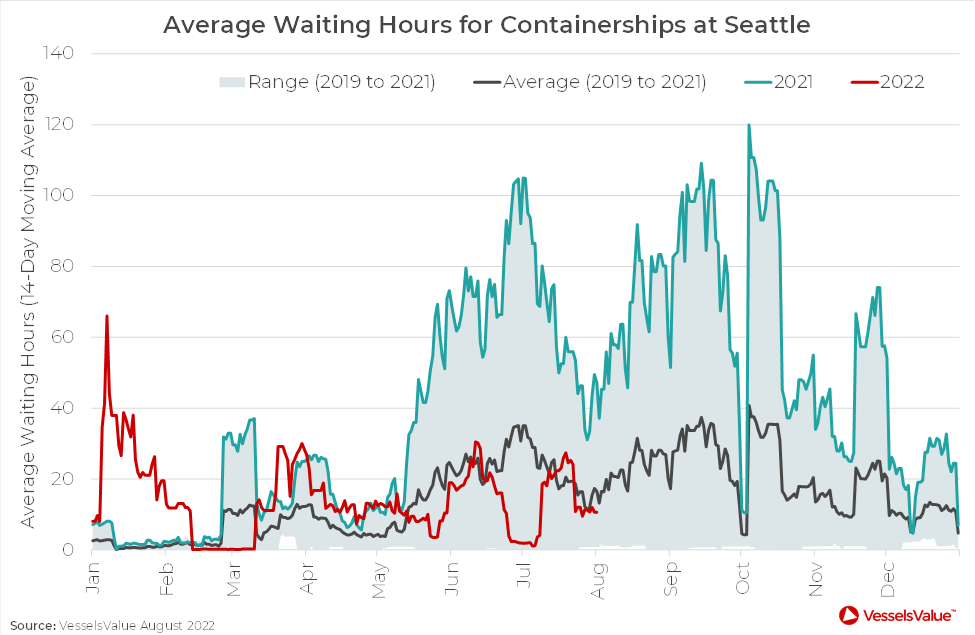 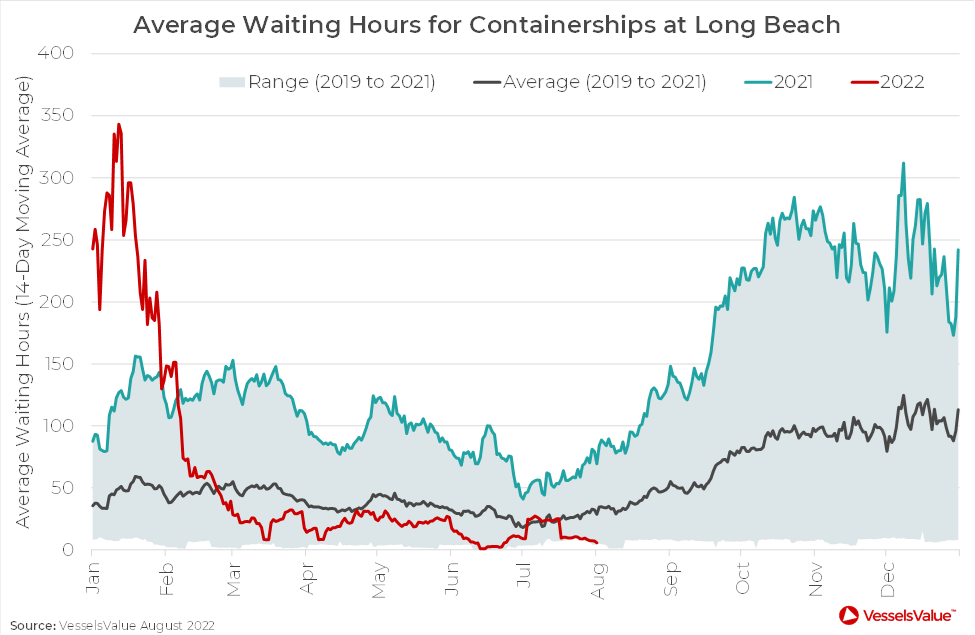