The task of connecting Atlantic treading vessel traffic to the Pacific and vice-versa is important for shipping. This happens through the Panama Canal, standing as the region’s financial backbone. Meanwhile, the major ports in Panama also use this opportunity to aid its growth and trading.

Meanwhile, another major source of financial stability for the country is ship registration. A staggering 7 873 ships ply under the flag of its authority, giving long-term advantages. It also includes over 25 thousand seafarers as license holders under its flag authority.

The numbers are also significant for a small size nation having 15% of the world’s fleet registration. In terms of USD, this share amounts to 13.4% of the global registered vessel benefits.

In this article, we review the cargo trading characteristics for the 4 major ports in Panama. This includes their ability to use their geography to extract trading profits. We also focus on the few smaller ports for passengers and other significance. 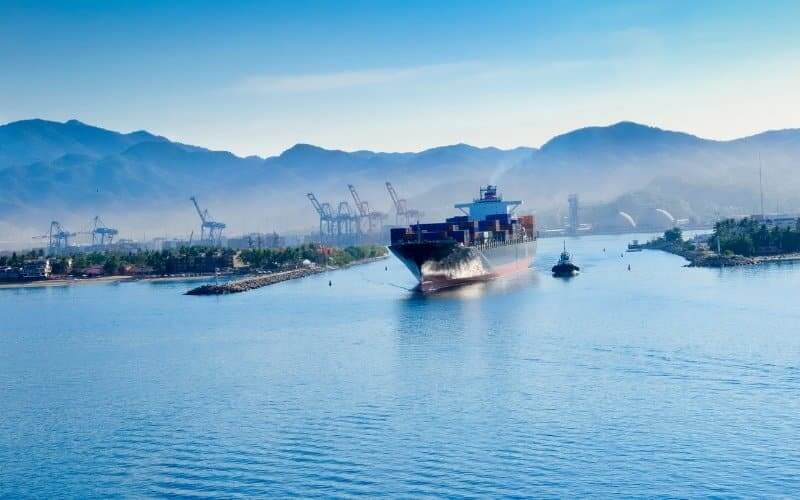 The port of Manzanillo at the Atlantic side of Panama is of high significance for the Atlantic-bound traffic. It is spread over an extensive area of 58 hectares with another 100 in the pipeline for expansion.

The modern container operations for this facility have their star from 1993. This comes from the time following the settlement of the dispute regarding Panama’s status. Onwards from their establishment, Manzanillo finds itself amongst the top 10 of the well-organized container terminals list.

On average, the facility handles between 2700 to 3000 vessel calls for sea-going ability. This includes 60% of their trading through the containerized goods. In addition, the facility also provides ro-ro dealing and movement facilities.

For the last decade, Manzanillo is handling over 140 thousand ro-ro vehicles regularly. In addition, 1.9 to 2.1 million TEU handling takes place within these terminals too. Their capacity rating goes up to 3.5 million TEUs, placing them amongst the biggest within the region.
Different cargo operations take place across the 8 berths available at the terminal. However, 2 dedicated berths within these are for the ro-ro operations only.

The Panamax cranes (2 in number) have a reach going out for 13 containers. This couples with their collection of 17 gantries for ship-shore operations.

The layout for the alongside draft varies between 12 to 14.5 meters at the 6 container berths. This includes one berth going as long as 1240 meters for container operations. The ro-ro berths are comparatively compact, ranging 300 and 230 meters respectively.
Automatic data transmission at the gates allows for direct weighing and recording of figures. The entrance and exit consist of 5 lanes with round-the-clock surveillance. Special K-9 and legal units are present on-spot for vessel monitoring duties. 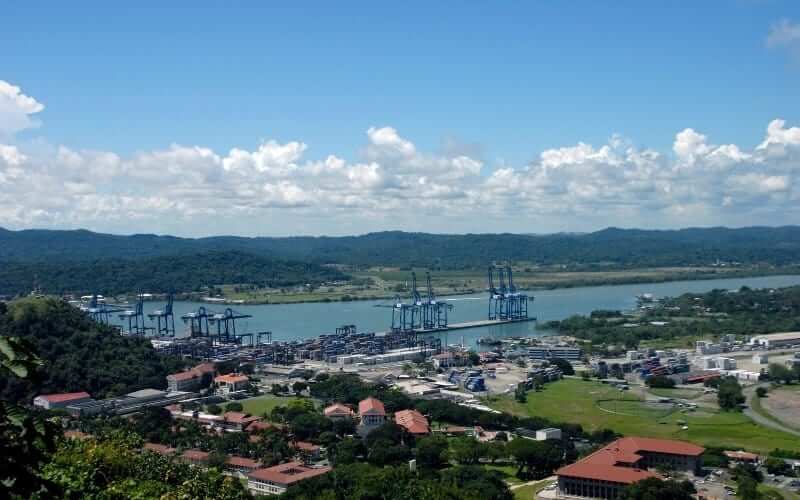 The recognition for the development of Balboa dates back to the year 1997. However, the modern container operations come from the late 2000s. At present, the port of Balboa extends over an area of more than 150 hectares. However, the authorities have another 100-hectare plan for expansion.

Despite the conventional size, the Balboa terminal handles 2.5 to 3 million TEUs. This capacity is up for expansion, taking the terminal to 6.5 million TEUs. Hence, the authorities plan to position it as one of the mega-container ports in the region.

The port has a collaboration of 8 major container lines for regular operation. Over 6500 vessels avail themselves of their facilities every year for numerous cargo operations. It is also the busiest amongst the major ports in Panama for mega container traffic.

The cargo handling figures at Balboa in 2019 show 2.9 million TEU operations. This goes through their collection of ground-breaking technology of super post-Panamax cranes (4). In addition, the facility also contains Panamax cranes and post-Panamax ones (12).

A significant part of the current layout at Balboa comes from its time under the US regime. Hence, the facilities are on-point with the best in the world. The layout of the approach has drafts varying above 17.5 to 19 meters.

Meanwhile, the longest alongside berths has a draft of 17 meters for the big container vessels. The length of berths amounts to 2300 meters for the facility. The operations at the terminal come under the authority of the PPC committee. 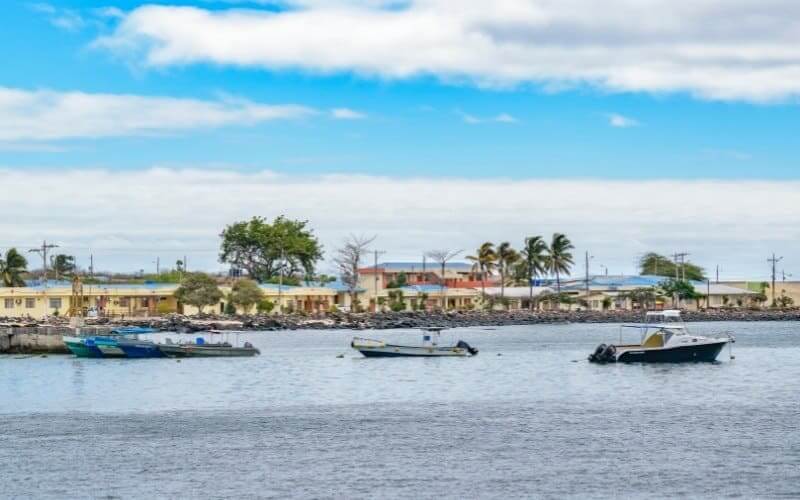 The port of Cristobal dates back to the 1800s for the turmoil and its establishment after independence. At present, it is one of the biggest and busiest in terms of international port calls in Panama. The facility is spread over an area of slightly more than 140 hectares for its operations.

Cristobal works with an arrangement of 11 berths, 2 of which belong to container handling. In addition, the port also handles general cargo and ro-ro operations across the year. Another important aspect of its importance is the arrival of passengers through the cruise terminal.

The channel depth at the Port of Cristobal goes up to 13.7 meters. Meanwhile, the alongside cargo operation berths have a depth of 10 meters frequently. The facility uses a harbour crane, mobile cranes, as well as gantries (7) for the cargo operations.

At present, the facility has a handling capacity of 2 million TEUs for the year. The authorities have a design plan to increase this to 6.5 million TEU, breaching the mega container status. Their major operations include the inbound trade through the MSC shipping line.

Cristobal port has a total of 3700 meters+ alongside length for the berthing and cargo operations. This includes the berths for the additional container terminal and 6 general cargo ones too.

The freight handling points have multiple entrances with a single checkpoint. These have automation-enabled processes for freight measurement too.

More than 2,200 employees work at this facility, including internal transport. Unlike the traditional container terminals, Cristobal has a better road connectivity index. The facility also specializes in storing reefer cargo with 1400+ connections for stacking options. 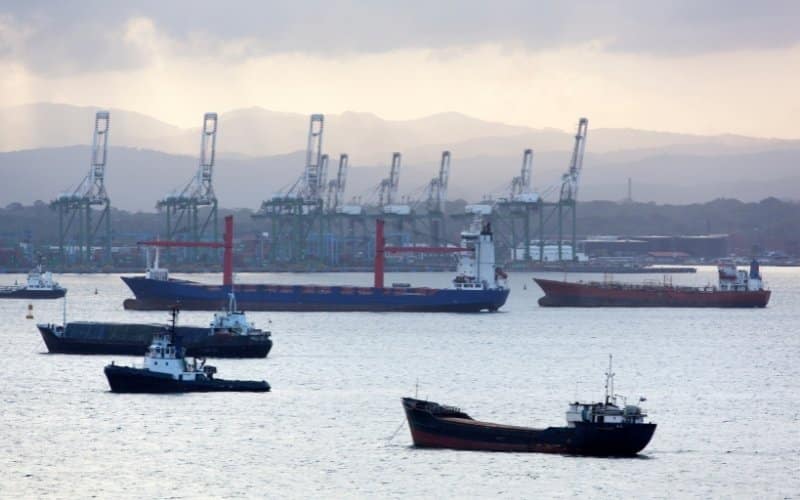 The port of Colon, despite its compact size, has one of the highest container traffic flows. For the past 3 years, the facility has figures over 4 million TEU, with 4.38 million TEUs for 2019. It is spread over an area spanning over 74 hectares for operational and storage needs.

The facility, along with Manzanillo and other major terminals forms the main shipping cluster of Panama. Due to its geographical location, the vessel also has other traffic for the crossing requirements.

At present, the terminal works in two phases of different sizes. However, the work for the third phase is progressing for another berth terminal adding 320 meters to the total length. Amongst the major ports in Panama, Colon is one of the newest and modern facilities for container goods.

The facility has alongside draft in the region of 15 meters for large super containers. Their operations include major container giants such as Hapag-Llyod and Evergreen. The turning radius is spread across the basin radius of 600 meters to accommodate the larger vessels.

This facility has special allowances for the handling of dangerous cargo goods to its name. 400 TEUs worth of storage facility for these dangerous goods is available. Colon also includes close to 1000 points for refrigerated container stacking for sensitive cargo.

The PCR authority has spread its railway tracks worth 100s of kilometers surrounding the facility. Hence, most cargo container transfers take place through the rail arrangement. The facility also has a breakwater region that spans 200 meters.

Special storage facilities for the phytosanitary products are available at the terminal facility too. This entire layout houses over 500 staff during the working hours for their operations. It includes the cargo operation through their giant cranes and the local movement of containers too.

The 4 major ports of Panama above qualify as the medium on the large size for the global port index. However, Panama also houses a few other port facilities that provide tourism and cultural value. Meanwhile, few of these also add significant cargo abilities for local and national needs. 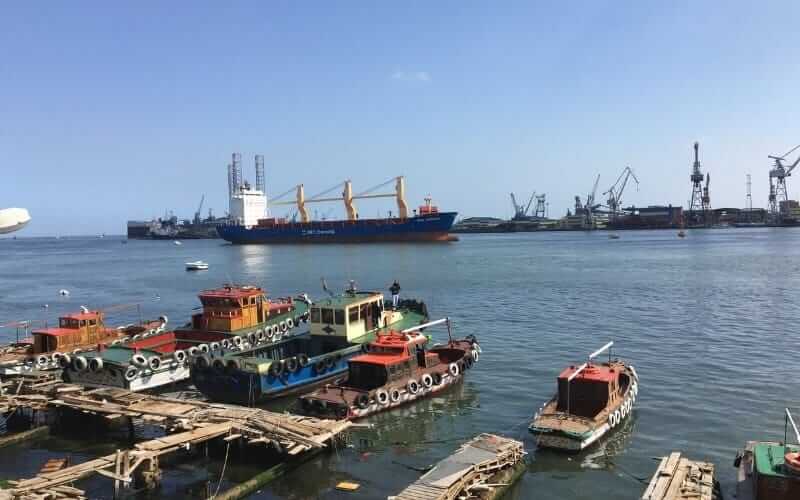 The cargo pier at the Vacamonte Port has a depth of 9 meters alongside. However, the channel depth of 6.1 meters restricts the port’s ability to allow bigger vessels. The facility houses more than 48 thousand pleasure calls for smaller boats and cruise vessels.

It serves as a major hub of passenger sailing facilities within the region. No significant cargo fixed loading machinery is available at the alongside region.

The maximum alongside the length of the available berth is 500 feet. There are no special container cargo storage facilities of closed-type available at Vacamonte. The facility provides repair facilities for the smaller boats and vessels trading in the area. 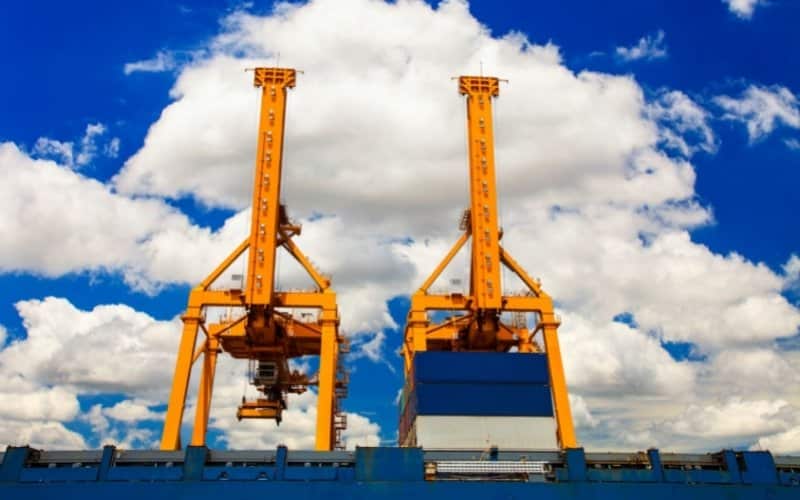 The port of Almirante operates with a single stretch of length with 2 piers. The facility has 2 mobile cranes for the container unlading facilities operating 24 hours. It has special facilities for the handling and storage of sensitive reefer cargo such as banana fruit.

Almirante also helps the movement of ro-ro vessels of the lesser draft for local transport. It’s alongside draft for the container and another cargo pier is 10 meters. The inner anchorage has an expanse of 2 NM while the outer stretches beyond 13 miles respectively.

The global identity of Panama is major with its significance due to the Panama Canal. The treading of Panamax vessels increases the traffic up to 5000 vessels every year through the region. However, this helps in unraveling the potential of shipping lying within the major ports of Panama too.

With their merchandise trade of 25 714 million USD, Panama’s economic dependence on shipping is huge. Despite having such few ports of significance, the country sees 7 355 100 TEU average every year. This includes the presence of two developing mega container ports for a bright future.

Crediting to its 3-dimensional sea surroundings, 75 meters of the coastal line runs for every square kilometer of land.

Panama has perfect shipping relations with neighbors in Colombia (0.429 indexes) and the USA. Hence, their presence in the North and South American corridor is as significant as their global existence.