6 Major Trends in Container Shipping in 2022 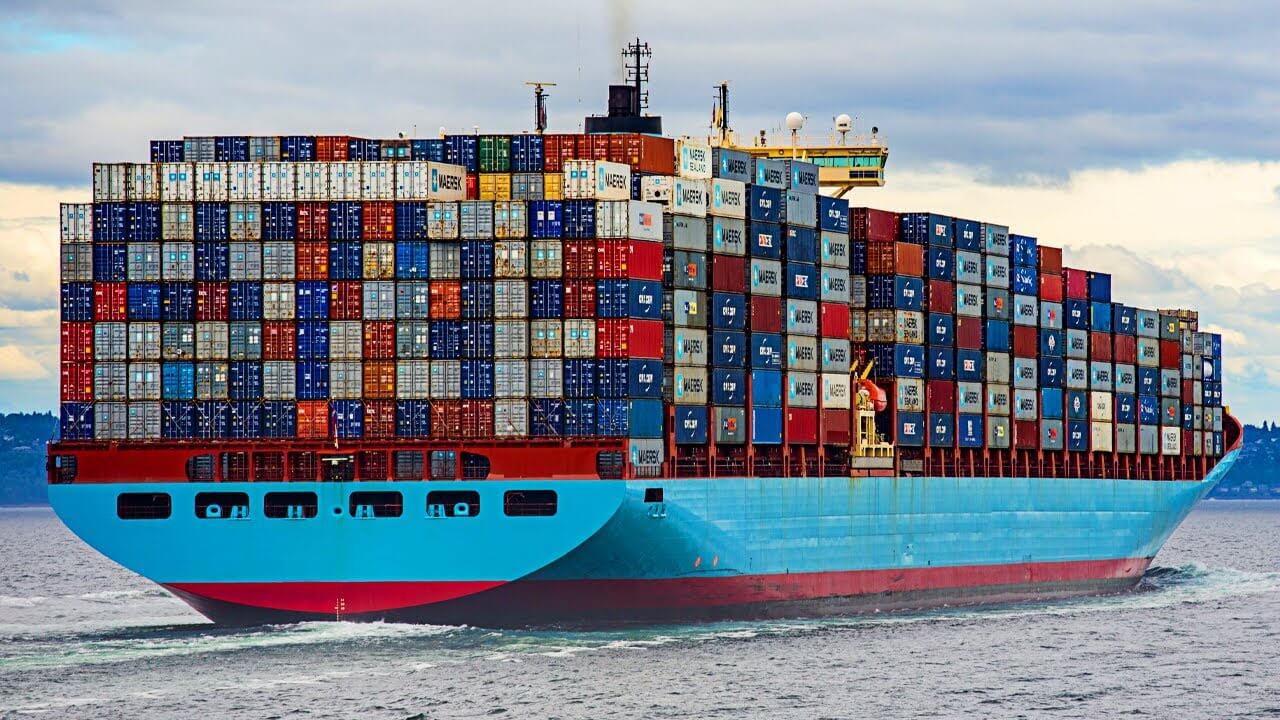 Considering the extremely challenging circumstances and volatility in the Container Shipping industry since 2020, Shippers were hopeful of some semblance of stability in the market in 2022.
As events unfolded, there was not much to cheer about, with the uncertainty persisting and indeed being compounded, by new debilitating events such as the Russia-Ukraine crisis and the resurgence of Covid cases in China.

We will in this article look at the underlying trends that are expected to influence the container shipping industry in 2022, and analyse the direction and magnitude of their impact on the commercial environment and operational aspects of the industry.

Perhaps the most defining characteristic of the Container Shipping market will be a continuation of the large scale disruptions that the industry has witnessed since 2020 when Covid wreaked havoc across global supply chains.

These disruptions and consequent unreliability have manifested into exponentially higher costs and historically low schedule reliability levels, which have affected Shippers and Carriers differently.
While Shippers and end consumers have been forced to pay premiums for shipping space and thus ensure that their Supply Chains are at least partly functional, Carriers have booked record profits.

Though Shippers were hopeful of a return to pre-Covid levels in 2022, the way events have unfolded since the start of the year has heightened the probability of supply chain breakages and schedule unreliability continuing into 2022 as well.

Shippers will therefore have to start preparing to face these challenges and best optimize their supply chain by adopting an agile and innovative approach, besides exerting rigorous control over their end-to-end supply chain.

One of the contributory factors behind the disrupted transport chains was the unprecedented levels of congestion that afflicted major ports worldwide. While the spotlight has primarily been on US West Coast ports, most major ports in the US East Coast and Europe have been affected as well.

A similar sequence of events played out at European ports too.

The vessel capacity and containers tied up at the congested American and European ports meant that there was a corresponding scarcity at origin ports across Asia, thus making it a global phenomenon.

There was a slight extenuation in the number of vessels queuing up at North American ports, but it prima facie appears that this development was essentially due to fewer sailings during the Chinese New Year (as Carriers blanked or voided sailings in response to lower demand during CNY), rather than any structural improvement in the overall situation.

A perusal of congestion levels in the first 3 months of 2022, as well as the sailing schedules published by Container Carriers, makes it seem unlikely that any mitigation in congestion levels will happen in 2022.

The entire chain of disruptive events was triggered by the Covid pandemic and precautionary lockdowns imposed thereafter, by countries around the world.

While the risks posed by Covid have abated somewhat over the past year, the emergence of new variants and resurgence in China have threatened the tenuous global recovery.

The situation in China is particularly alarming, with lockdowns imposed at main ports and manufacturing centres such as Yantian, Shanghai, etc. More concerning is the potential magnitude of the impact of these lockdowns. For example, analysts estimate that the lockdown in Yantian a couple of months back delayed more cargo than the Suez Canal blockage last year.

Even at the time of writing this article (the first week of April), Shanghai (the world’s largest port) is in the midst of a 2 phase lockdown.

An interesting point is that even though ports and terminals are at times operational during lockdowns, the mobility restrictions imposed on population centres in the vicinity mean that in effective terms, port operations are hampered due to the unavailability of manpower and cargo not being delivered at the port premises/ evacuated to hinterland locations.

A case in point is the port of Yantian, which was largely operational during lockdowns in the region, despite which it has witnessed a volume decline of 43%. The primary causes were truck drivers not available to deliver cargo to the port/ evacuate import containers and empties, inadequate labour to handle port operations, and manufacturing closure (which limited export cargo).

The unpredictability of the situation has weighed upon the entire transport chain, as Carriers find that port calls in their schedules can be closed at a moment’s notice and Shippers find the inland transport restrictions impede cargo and inventory movement, thus curtailing production and skewing delivery schedules.

A major risk factor looming on the horizon is the upcoming labour negotiations between the International Longshore and Warehouse Union (ILWU) and the Pacific Maritime Association (PMA). While the former represents the interests of the port workers, the PMA is a body of Port and Terminal operators.

These negotiations have historically been contentious, with the intransigent stances adopted leading to months of protracted negotiations before coming to an agreement. During the negotiation phase, the slackened pace of operations hampers port productivity, causing a massive pile-up of containers to be evacuated and vessels to be serviced.

During the last round of negotiations in 2014-15, negotiations were exceptionally fractious, stretching almost 10 months. Besides the extremely slow handling of vessels and containers during this period, an additional 6 months were required to clear the backlog of ships and cargo.

Considering that the congestion situation is already very severe, with queues of almost 100 vessels awaiting berth outside the ports of Los Angeles/ Long Beach, it is not hard to envisage the catastrophic effects if the ports were to experience labour troubles at this critical juncture.

Also, during 2014-15, Carriers and Shippers opted for US East Coast ports as alternative gateways to keep their supply chains running; however, with US East Coast ports currently experiencing congestion woes of their own, even this option has been rendered unfeasible.

This time around, talks are expected to principally hinge around the issues of higher wages and opposition to automation of port operations.

With the negotiations expected to begin in May or June, there appears to be scant chance of a smooth or early conclusion, leaving Imports and Shippers in a difficult position.
Shippers and Carriers are already evaluating options such as Canadian and Mexican ports.

As environmental awareness grows the world over and consumers and corporates become progressively aware of their responsibilities in reducing overall carbon footprint, we are witnessing enhanced focus on environment-friendly business and commercial practices.

Driven by a growing consumer preference for eco-friendly products and services, coupled with the willingness to pay a premium for such products, sustainability has become a keyword for major corporates.

While selecting transport vendors (including shipping companies and inland hauliers), shippers and manufacturers the world over are laying greater emphasis on reduction of emissions and lower carbon footprints, to the extent that higher weightage is being given to these aspects in the annual tendering process.

Governments and international trade and maritime organisations too have been becoming increasingly cognizant of the need for shipping to reduce emissions and have been setting stiff emission reduction targets. Major container carriers have taken this a step further and set themselves emission reduction targets that are even more ambitious than what regulations stipulate.
Carriers are also allocating higher amounts for research on reducing emissions and becoming open to investing in new technology and fuel types. An example of this is the LNG fueled vessels that a growing number of Carriers have opted for in the last couple of years.

As an aside, it might seem counterintuitive that Shipping has been subject to such intense scrutiny, despite being one of the least polluting modes of transport. This is however explained by the fact that even though shipping is the most environmentally friendly mode of transport in relative terms (to other transport modes) and also at a per-unit level, the sheer volume of internationally traded cargo that the maritime sector caters to means that the total emission levels generated by the shipping industry are massive.

A World Economic Forum analysis of data on emissions provided by the International Maritime Organisation revealed that shipping vessels account for 3.1% of global CO2 emissions per year. To facilitate a comparative illustration, if shipping were to be considered a country in itself, it would displace Germany (775 million metric tons per annum) to become the 6th biggest emitter, ranking behind Japan (1.2 billion metric tons per annum).

Overall, this is one is the positive trends in the shipping industry, and though expected to raise freight rates slightly, will in the long run contribute immensely to sustainable international trade and development.

While the shipping industry has generally not been one of the prime movers when it comes to the adoption of new and innovative technologies, the unpredictability and chaos caused by the successive black swan events over the last 2 years have significantly added to the complexity of planning the transport and shipping process, for both Carriers and Shippers alike, has compelled Carriers to consider investing in sophisticated transport planning systems and laying greater emphasis on digitization and automation in internal processes.

The permutations and combinations that the present scenario throws up render it impracticable to rely on rudimentary planning tools; a realization that is slowly dawning on Carriers.
The sector has therefore been heavily investing in technological solutions and also formed industry associations to standardize processes and facilitate automation and adoption of common industry-wide processes.

The biggest players in the industry have for a few years now been exploring Blockchain technology and the increased usage of Big Data, AI and ML, with market leaders even forming a partnership to adopt these technologies to the maritime sector.

Post the participation of the bigger players, medium-sized carriers and ports too have joined the partnership, thus rapidly creating the core mass that would be necessary for such technology to be widely adopted and become the industry standard.

One example is TradeLens, a Blockchain-enabled digital shipping platform, pioneered jointly by Maersk and IBM. Since its inception, major container carriers like MSC, CMA CGM, Hapag Lloyd and ONE have all joined the platform, so the platform now incorporates well over 50% of the world’s containerized trade.