As the Muslim’s largest religious festival Eid-ul-Fitr linked holidays ongoing, leading to slower loading and unloading of vessels, 18 container ships are now waiting at the outer anchorage of Chittagong port while dozens are scheduled to join the queue in the next couple of days. 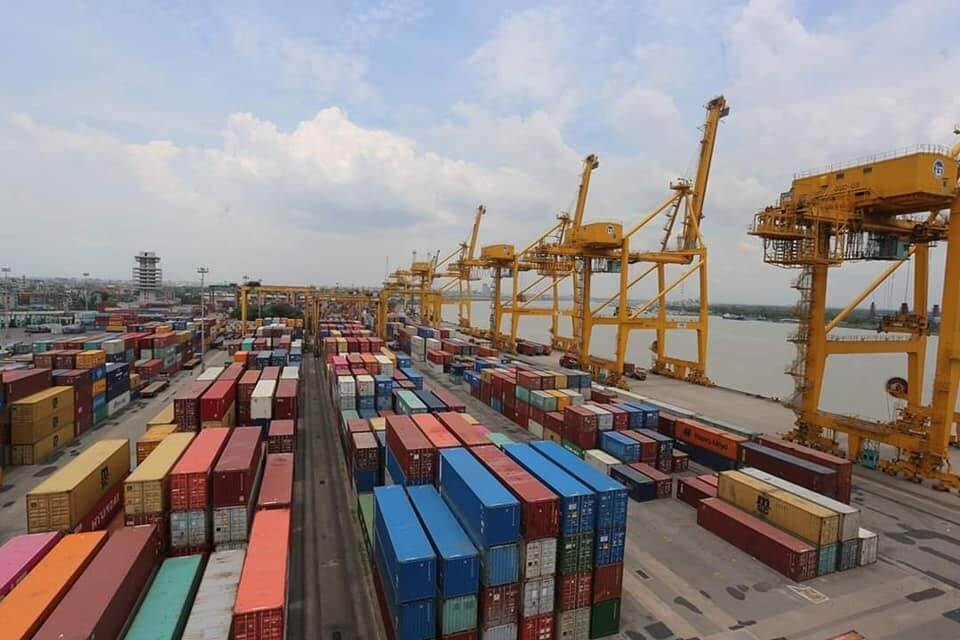 Additionally, 11 vessels were loading and unloading boxes at the port jetties today (4 May), according to port data, while some vessels are waiting five to six days to get berthing.

The number of total vessels at the Chittagong port’s outer anchorage reached 142.

Officials said on 3 May, loading and unloading of containers virtually remained suspended as port employees joined their nearest and dearest ones to make the day joyful.

Moreover, during the last couple of days, import container handling was lower compared to the number of incoming vessels. Thus, a long queue of vessels has been created at the outer anchorage of Chittagong port.

The situation may persist throughout this week, until 8 May when the holiday is over.

Meantime, today 38,843 TEU were lying at the port yards out of its total accommodation capacity of 49,018 TEU.

The movement of non-essential container laden trucks through highways remained suspended since 29 April to facilitate the movement of passenger vehicles as millions of people were going to the countryside for the Eid celebration.

Besides, the factory premises and warehouses also remained closed since Friday. Moreover, most of the truck drivers also went out of work stations for Eid festival creating severe disruption in goods transportation. Thus, the delivery of containers from the port yard also fell drastically.

“The next few weeks will be very critical for the Chittagong port as there will be a big rush to release boxes from the yards and depots,” said a member of Bangladesh Shipping Agents Association.

He feared the vessel queue may not lessen shortly as more and more ships are scheduled to reach the outer anchorage in the next couple of days.

Meantime, container vessel Haian City, which met an incident on 14 April at the Bay of Bengal in a collision with an oil tanker, could not complete re-berthing at the port yard until now.

The 1,400 TEU boxship, was en route to Port of Singapore with laden and empty containers, but after meeting the incident was damaged severely and lost an empty box to the sea. Since then, the ship was waiting at the incident spot in the Kutubdia area for damage assessment and repair.

Now, the authority has decided that the Vietnam-flagged feeder ship, operated by Samudera Shipping Line, will be brought to the Karnaphuli dry dock jetty near Chittagong port and some boxes will be discharged from the vessel.

After carrying necessary repairs in the dry dock, the vessel will reload those boxes again and then will sail again for Singapore. The fate of over 700 TEU export cargoes thus becomes uncertain.