Containers are being built at a record pace. It’s still not enough

When will the container capacity crunch finally ease? For an early indicator, keep an eye on production of the humble 40-foot dry cargo box. If the volume and cost of new containers pull back, supply chain pressures are abating.

Unfortunately for beleaguered cargo shippers, these bellwethers now imply the opposite: that the scramble for container capacity is growing even more intense. 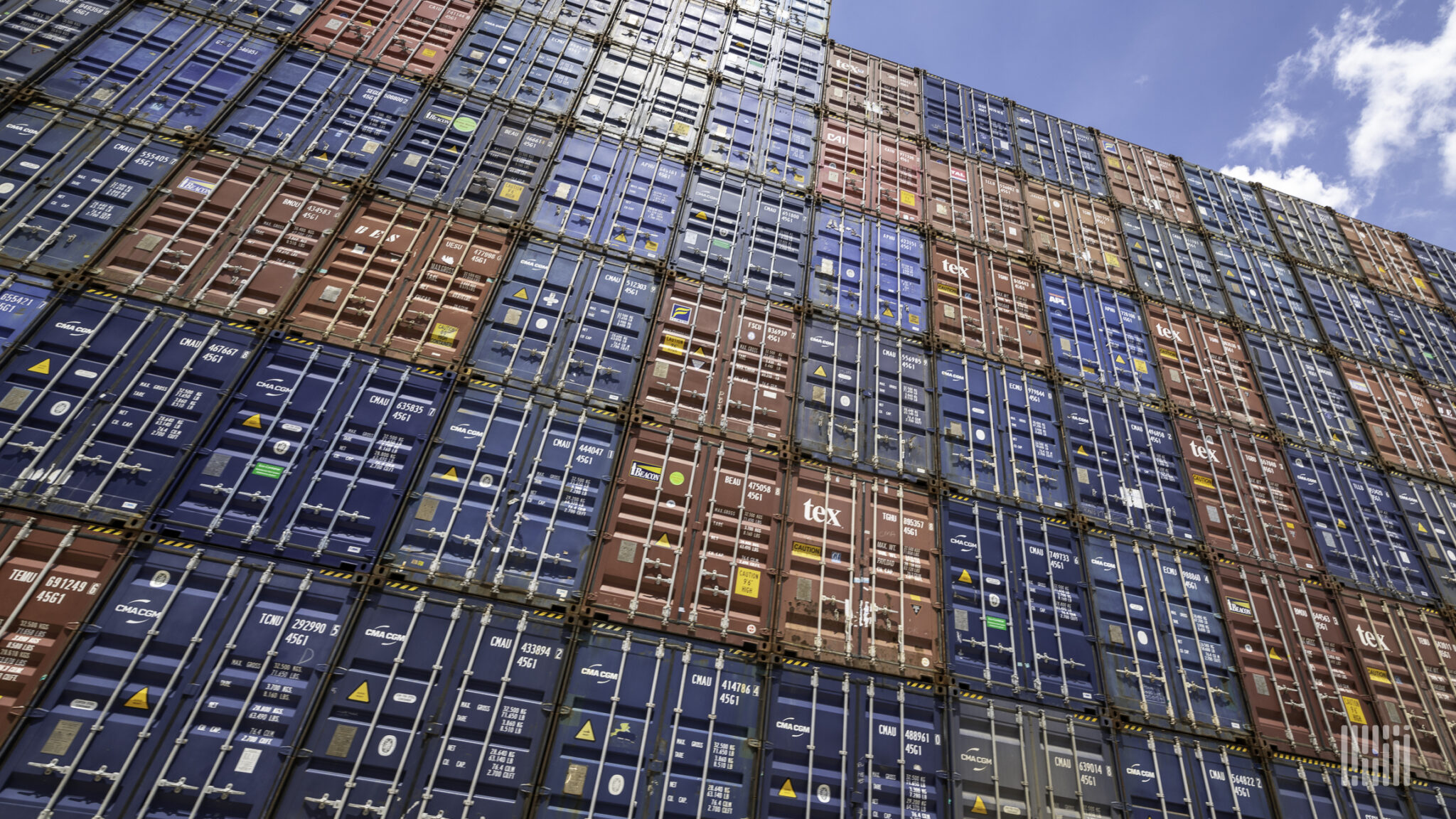 The price of a new container, which had stabilized at around $3,500 per twenty-foot equivalent unit (TEU) earlier this year, has risen again and is now at $3,800 per TEU. Prices are “at unprecedented levels,” said John O’Callaghan, Triton’s global head of marketing and operations, during the call with analysts.

The price of a new container at this time two years ago, pre-COVID, was around $1,600 per TEU, less than half the current level.

What’s particularly telling is that the price is rising at the very time Chinese factories are churning out more new boxes than they ever have before.

According to Triton’s estimate, which excludes sales to nonleasing and nonshipping buyers, factories built around 2.6 million TEUs of dry (nonrefrigerated/nontank) containers in H1 2021 — more than the 12-month totals in most years.

It estimated that 2021 production could reach just over 4.5 million TEUs, more than double the annual totals in the prior two years and almost 30% above the record set in 2018. The global container equipment fleet could increase 8% year on year.

Numbers from Drewry on global production of all container types show the same trend. As of May, Drewry reported that 2.66 million TEUs overall had been produced year to date, with factories on track to build at least 5 million TEUs this year. That would bring this year’s tally at least 18% higher than the all-time high in 2018.

As previously reported by American Shipper, virtually all containers are built in China, where construction is dominated by three Chinese entities: CIMC Group, CXIC and Dong Fang. These three builders accounted for eight of out 10 containers built between January and May, according to Drewry.

During a quarterly call in February, Tim Page, interim president and CEO of container-lessor CAI International (NYSE: CAI), asserted, “The factories are behaving differently than they have in the past. They don’t have any interest in increasing production at the expense of price. I think it’s a new dynamic in our industry. And I think it’s going to stick. They’re more focused on maintaining high container prices.”

Five months after that comment, the data confirms that Chinese factories have indeed increased production sharply, yet demand has been so strong that they haven’t had to sacrifice anything on price.

“What’s being built is being absorbed,” said O’Callaghan. “What’s sitting on the ground is already booked and at most represents two to three weeks of supply. Despite production being at record levels, there is no spike in inventory.”

Yet another sign of the shipping demand strength is the price of older containers sold for nonshipping uses.

Just as virtually all older container ships that can still float are being employed, not scrapped, older containers are being kept in service longer. That leaves fewer to be sold in the secondhand market, which has pushed up disposal (resale) prices for aging 40-foot high-cube containers to 2.5 times levels seen a year ago.

For container-shipping market participants such as investors and cargo shippers, disposal prices are another bellwether to watch. When the global capacity crunch finally eases, many more older boxes will become available for resale and these prices will fall back.

Congestion to persist into 2022?

Strong consumer demand is only one driver of the container shortfall. Port congestion also plays a pivotal role, by tying up equipment.

Triton CEO Brian Sondey said during the call, “If you look at the number of vessels anchored outside of major ports like Los Angeles, it briefly got better during the second quarter but now it has gotten a little bit worse again.

“When speaking with our shipping line customers, I think the general feeling is that these various operational disruptions are not likely to clear soon.

“I’m not sure anyone has a perfect estimate for when we’ll see container flows get back to normal levels of velocity,” Sondey continued. “But what I hear is that it’s not likely this year — that a lot of these disruptions will carry forward into 2022. It’s the high continuing volumes that make it difficult to get the debottlenecking done.”

Triton is using the current demand boom to lock in revenues via “very long-duration, high-return leases,” said Sondey. The average lease duration for containers ordered in 2021 is 13 years, far above the historical norm of five to seven years.

“Container leases are so long for two reasons,” he explained. “One is the strength of the market and that we like long-duration leases. It helps us lock in high returns. It’s also driven by the fact that container prices are extraordinarily high. Agreeing to very long-duration leases is a way for the shipping lines to mitigate even higher lease rates [for shorter durations] that we would need to charge right now, given how high container prices are.”