Evolution and Upsizing of Container Vessels

The ubiquitous container has brought about a revolution in global trade, since its introduction in 1956 by Malcolm McLean.
The invention of the container not surprisingly heralded the advent of a new type of vessel – the container vessel.

The very first container vessel was Ideal-X, a converted World War 2 era oil tanker, which carried 58 34 feet containers on its maiden voyage from Newark to Houston.

It completed this journey in 5 days, with the containers being loaded in less than 8 hours – a radical improvement for its time.

The cost benefits of using containers were obvious; where the cost of loading a ship manually was USD 5.86 per ton in 1956, the usage of containers reduced it to an almost trifling 16 cents per ton.

While the container and container vessel technology was still nascent at the time and underwent multiple phases of iterative improvements over the years, it was not until the 1970’s – when containers started becoming common – that container carrier started deploying dedicated container vessels on a large scale.

In the intervening period, improvements in container ship technology and design were witnessed at a rapid pace, with container vessels becoming increasingly bigger, capable of carrying higher loads, more fuel-efficient and also faster.

Globally, as container sizes gradually standardised and the rate of containerisation increased by leaps and bounds, the demand for dedicated container vessels increased exponentially, and Carriers started ordering more of these vessel types.

Today, over 80% of the cargo traded internationally is carried by sea, with over 60% of this being transported in containers.

According to Statista, from amongst the composition of the global commercial fleet, the share of container ships increased from 4,966 in 2011 to 5,534 in 2021, with a nominal capacity of approximately 25 million TEUs.

Given the increasing prominence of container vessels, it would be interesting to look at how they have evolved over the years.

We will in this article cover the evolution of container vessels, on two parameters – by size and by the ability to serve trade lanes. 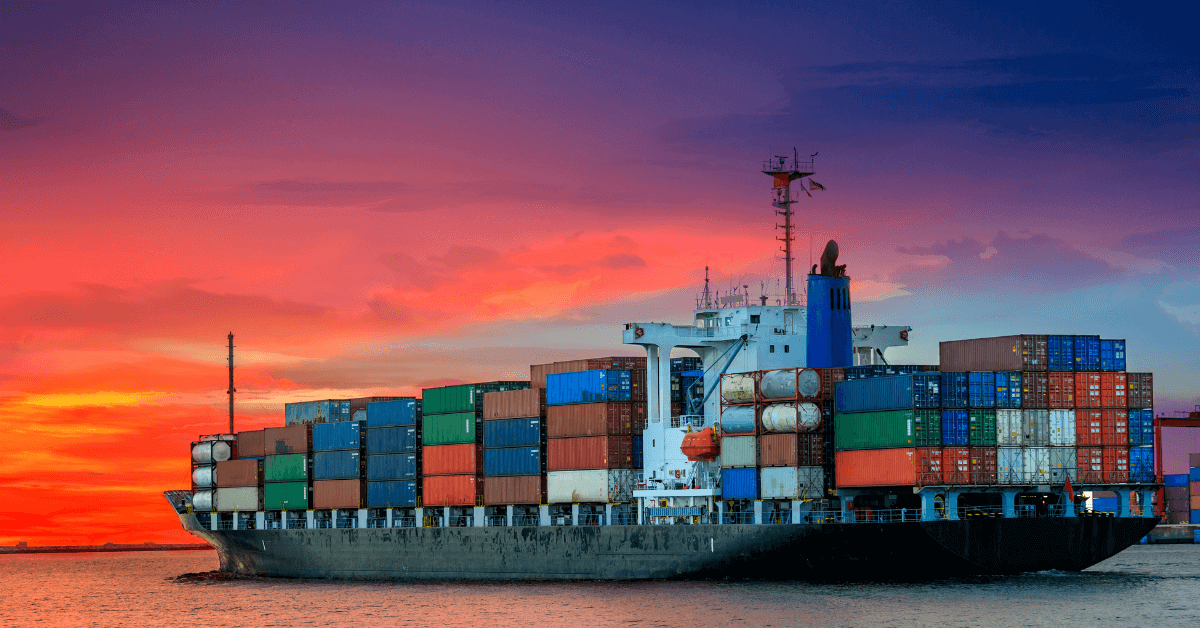 Thereafter, it was in 2013 that Maersk Line upped the ante, by unveiling the E class vessels, with a nominal capacity of just over 13,000 TEUs (Emma Maersk). This move proved to be a game-changer, widening the gulf between Maersk and its competitors.

The touted economies of scale were not missed by competitors, which rapidly moved to order their own vessels, to avoid letting Maersk run away with its advantage.

Since then, various Carriers have ordered larger and larger vessels, scaling up in capacity from 18,000 TEU’s (Maersk Line’s Triple E series of vessels) and then to 20,000 TEUs, until the present when HMM and Evergreen currently operate vessels having a nominal capacity of just under 24,000 TEUs.

In the most recent development in this regard, Evergreen has breached the 24,000 TEU mark at the fag end of 2021, with the floating of their vessel ‘Ever A lot’, with a nominal capacity of 24,004 TEUs.

While there are some variations when it comes to classifying container vessels by size and carrying capacity, a widely accepted norm is as under:

1) Feeders – with a carrying capacity ranging from 1,000 to 3,000 TEUs, further segmented into Small feeders and Large feeders.

2) Classic Panamax – nominal capacity of 5,300 TEUs, so named because they approached the maximum limit of the Panama Canal before its expansion. 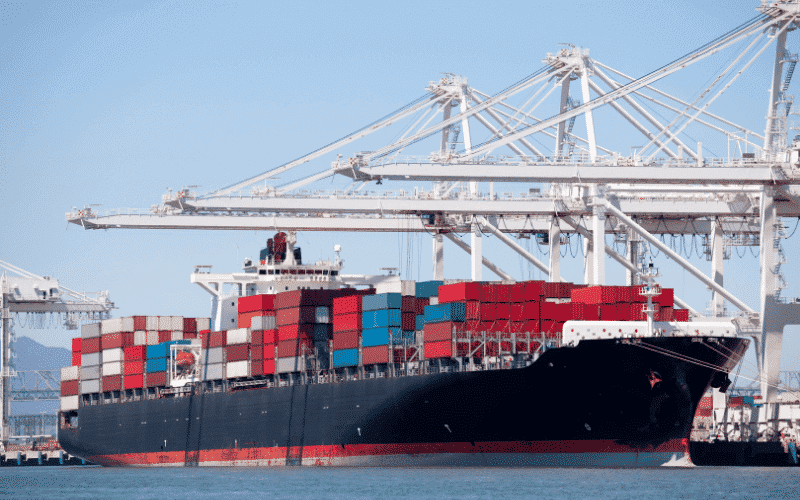 By the ability to serve trade lanes or routes

The decision to allocate a certain size of the vessel to a particular tradelane is primarily a function of the container volumes on that trade (demand for shipping capacity/ commercial viability) and port infrastructure (operational feasibility).

While bigger vessels have become more popular amongst Carriers, their operational feasibility is inhibited by the infrastructure at the ports that they are scheduled to call.

Considering that these vessels require deep draught (16 to 17 metres), few ports globally have the ability to accommodate these vessels. Further, in view of the massive quantities of containers that these vessels carry, ports also need to invest in bigger cranes, larger berths, robust systems and automation, and adequate storage space, which only the biggest ports can commit financial wherewithal to.

Some of the ports which are capable of accommodating these mega vessels are Shanghai, Singapore, Tanjung Pelepas, etc.

Given that the draught and facilities available at ports will differ by region/ country, the type of vessel that is suitable for those countries/ trade lanes is to some extent decided by default (i.e the constraints imposed by lack of infrastructure and equipment).

The ability to cross the Suez and Panama canals also inhibit the deployment of vessels, which in turn has given rise to vessel classifications such as Panamax, Neo Panamax and Suezmax.

The biggest vessels (in excess of 18,000 TEUs) primarily serve the Asia-Europe trade lane, because ports in these trade lanes are big enough to service these vessels and the volumes on this trade are large enough to justify the deployment of these mega vessels.

The transpacific and transatlantic trade are served using vessels in the 8,000-14,000 TEU range – depending on the specific trade lane and port. 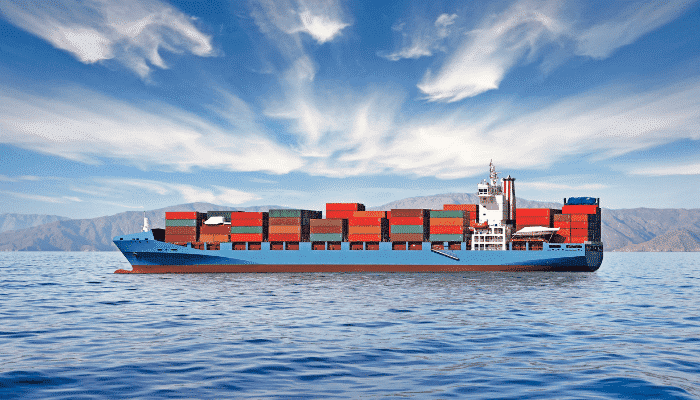 While container vessel sizes have already grown exponentially over the past decade, a number of industry observers have predicted that the trend of upsizing vessels will continue in the future. A McKinsey report from 2017 had even predicted the commissioning of 50,000 TEU vessels by 2067.

Container Carriers themselves, getting carried away by the potential benefits of bigger vessels and the expected economies of scale, have in their order books focussed exclusively on bigger sized vessels. Of the total order book of 4.2 million TEUs as of June 2021, vessels exceeding 14,000 TEU capacity comprised 68% of the orders.

However, realisation is dawning upon carriers that mega vessels are not a silver bullet solution for the structural problems afflicting the container shipping industry. There are a number of caveats to achieving the projected economies of scale and lower slot costs per TEU (expected to translate into higher earnings and profits), which is a highly volatile market that cannot be considered a certainty.

Assumptions that the business case for bigger ships make include amongst other things that demand will be at healthy levels, with utilisation rates exceeding 90%. They also assume that rate levels are stable and at profit-making levels.

These assumptions have, until the Covid induced shipping boom, proved to be unduly sanguine, with capacity growing faster than demand, resulting in a higher number of vessels chasing a smaller share of the cargo pie. The pressure to lift utilisation levels and reluctance to lose market share to competitors have compelled carriers to engage in debilitating price wars, dragging rates further down, resulting in wafer-thin margins.

Looking at the overall supply chain, other stakeholders have been disproportionately impacted by the deployment of mega-ships.

Port operators have faced challenges in handling these vessels, due to higher volumes discharged and loaded, resulting in increased dwell times and lower average productivity levels.

Also, since not all ports have the draught and infrastructure to handle mega vessels, they lose out to larger ports.

Since these mega vessels can call only a limited number of ports, the number of direct calls had reduced drastically over the last 5 years, thereby depriving shippers and exporters of choice in terms of locations served.

The higher capacity means a lesser number of vessels, which has translated into lower calls. These factors impact the connectivity of a country/ port and hamper their competitiveness in international trade, thus directly impacting the EXIM community and consumers.

In case of non-realisation of the commercial benefits of mega vessels, carriers balance sheets and profitability will be strained from the burden of servicing the costs of these mega vessels.
Further, studies conducted by various maritime agencies have found the existence of diminishing returns of scale, with lower economies of scale as vessel size increases.

Besides, in the event of a collision between two mega vessels or any other unfortunate accidents, insurers estimate that potential claims could be in hundreds of millions of dollars, making mega vessels a very risky proposition, not just for Carriers but also for insurers and underwriters. If the General Average clause is declared, given the value of the massive volume of cargo on board, cargo owners could be staring at potentially disastrous losses.

Thus, given the operational challenges that they pose as well as the commercial risks, it seems unlikely that vessel sizes will get any bigger. We will see an increase in the number of mega vessels over the next 2 to 3 years but thereafter it is uncertain whether carriers will continue to invest in increasingly bigger vessels.