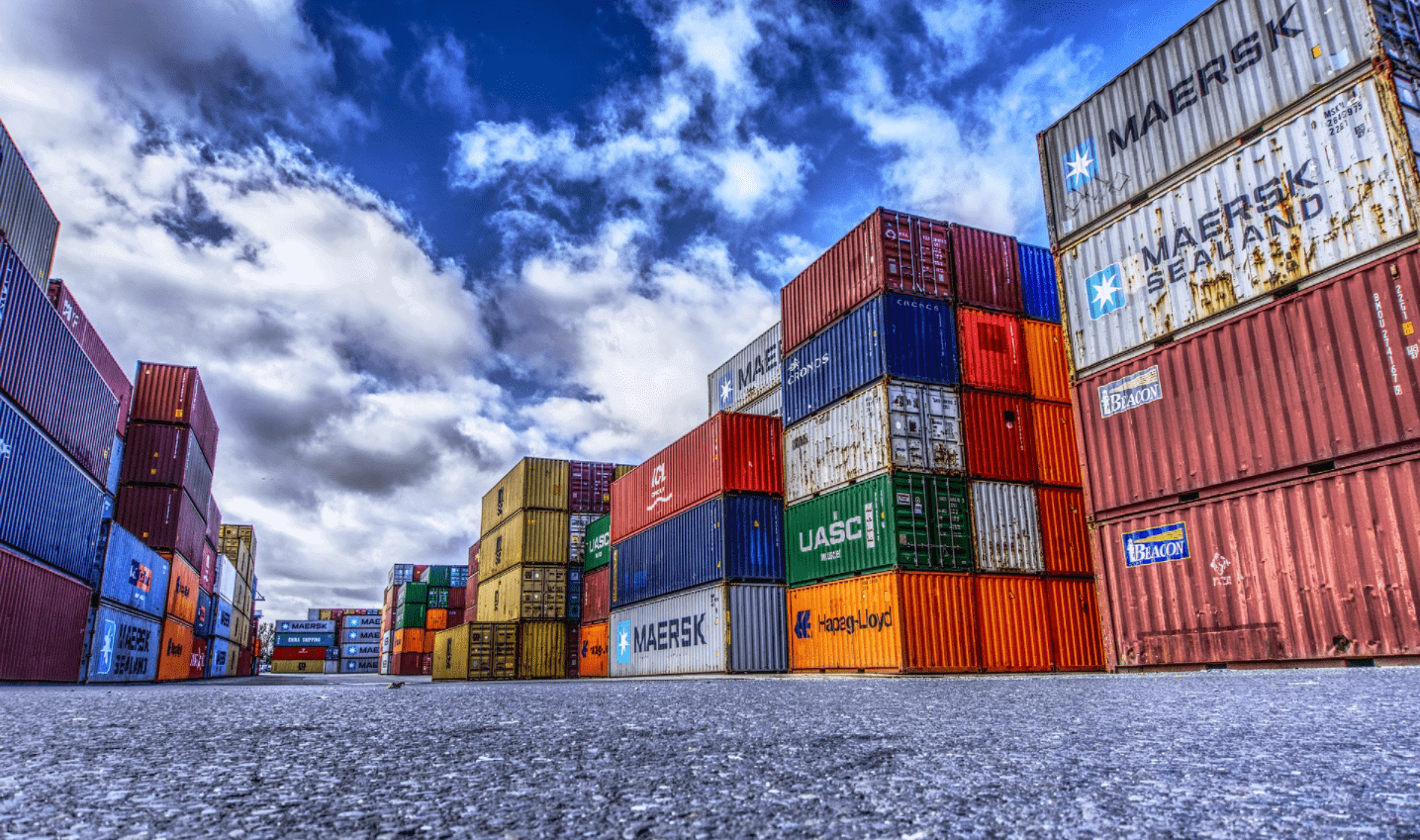 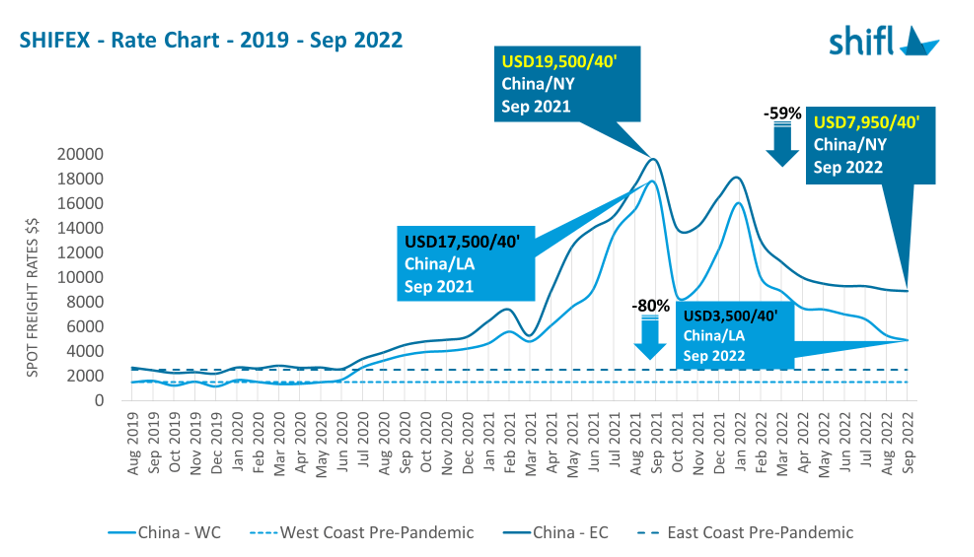 “While in July, there was a relatively steady decline in spot rates, the pace has definitely picked up as a milieu of factors continue to soften the market for containerised goods between China and the rest of the world. Tightening monetary policy, a shift in consumer spending, bloated inventories in the US, and growing geopolitical tensions between the US and China continue to play a role in the movement of rates,” commented Shabsie Levy, CEO and founder of Shifl, a digital freight forwarding platform.

“With the latest dramatic slump in rates, the market is closer than ever to the pre-pandemic rate levels, especially to the largest entry ports in the USA – Los Angeles and Long Beach,” he added.

SHIFEX points to a quickening rate of decline in the spot freight market. September marked the eighth month of continuous drop in freight rates between Shanghai and Los Angeles/Long Beach, which was the third biggest month-on-month drop (34%) since October 2021.

As spot rates on the trade between the world’s two largest economies continue to tumble, shippers are turning up the heat on carriers to renegotiate long-term, fixed contract rates, shaking up shipping lines accustomed to having the upper hand in rate negotiations for the last two years, according to Shifl.

While lines like Hapag Lloyd are standing firm on their contract rates, lines like Yang Ming are confirming that they have received multiple requests from shippers to renegotiate contract rates and that they were prepared to listen to their customers at the expense of softening their revenues, said the report.

“With the increasing pressure from shippers, shipping lines may not have a choice but to accede to customer demands as contract holders are known to simply shift their volumes to the spot market,” pointed out Levy.

With fewer congestion issues to deal with in Chinese and US ports, carriers were able to cut transit times on the principal lane between China and Los Angeles / Long Beach by 25% in August, which is the biggest improvement in 2022.

Transit times reached 24 days compared to 32 days in July, bringing them back to levels last seen in July 2021. Difficulties continue to be felt on the all-water route between Chinese ports and New York, where transit times were up again from 46 days in July to 50 days in August. Both routes are still above historic levels but West Coast transit times are inching closer to pre-pandemic levels of 16 days.

Levy stated, “The ripple effect of the shift in cargoes from West Coast to East Coast is taking its biggest toll now in New York with an overflow of empties and shortage of chassis. We expect this to improve soon as lower volume forecasts will ease the pressure off the system.”

There was neither sign of improvement nor deterioration in the situation at the quay, with gate times unchanged in August for the third consecutive month, according to Shifl, which reported that the build-up of empty containers being repositioned in the US continues, but shippers and carriers are working to keep them from building up at ports.