India has now planned to connect 27 more ports through rail connection for faster transportation of cargoes. In this regard, Indian Railways will lay around 3,000 kilometers of train lines at a cost of US$13 billion. 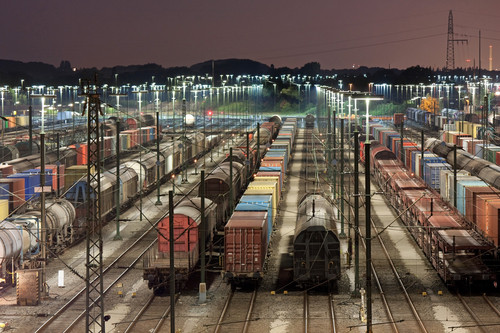 Presently, 29 ports, which include 12 major ports of the country, are connected with a rail network which helps faster and cost saving transportation of cargoes.

India has some 226 ports recognised by the ministry of shipping and ports of which 69 are operational. Indian Railways has a vast network of over 68,000 km and with the coast lines there are some 7,500 km of rail lines. Most of the out of rail connectivity remaining operational ports are located close to railway serving stations which can be brought under coverage by laying down a few kilometers of new rail lines.

Under the Indian Gati Shakti – National Master Plan for Multi-modal Connectivity – initiative, Railway Ministry and Shipping and Port Ministry have together identified a good number of ports where direct rail connectivity is desirable.

The ports are Cuddalore, Bhavanapadu, Dighi, and Kattupalli.

The initiative has been taken to conduct required surveys to bring the ports under rail coverage.

Already some 18 projects, out of the total 54, have been completed and the government has put the remaining 36 on ‘fast track’ project lists.

In the recent months and years, many Indian privately-run ports, terminals operators, and ship and logistics service providers, including CMA CGM and Maersk Line, have launched block train services as rail is more reliable and time-definite to carry cargoes.

Thus, the Indian government had been putting ample importance on the expansion of rail coverage across the country as well as covering all ports and terminals. Indian Railways carried 1.418 billion tonnes of cargoes in the fiscal year 2020-21 marking a 15% growth.