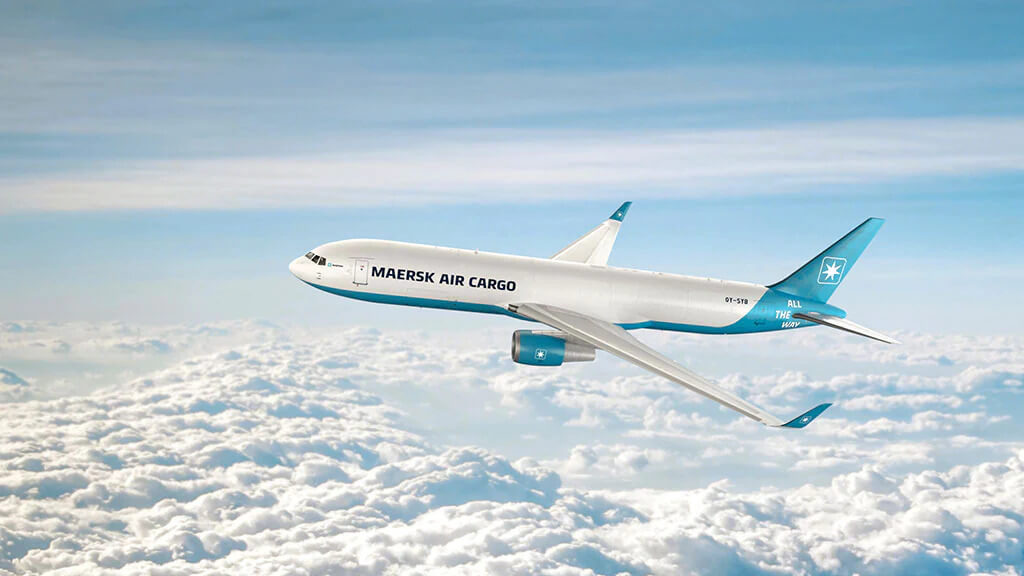 At the same time Maersk chooses Denmark’s second largest airport, Billund, as its air freight hub for Maersk Air Cargo with daily flights creating several jobs in the region. To this end Maersk Air Cargo also announces their intent to enter into an agreement with the Flight Personnel Union (FPU) which is a part of the Danish Confederation and Trade Unions (FH).

Maersk’s owned controlled capacity, powered by Maersk Air Cargo, is designed to make supply chain journeys more resilient and intuitive. As a standalone service, Maersk Air Freight can help customers make the most of opportunities by getting their air cargo to the right place at the right time. When combined with our ocean, inland, warehousing and customs services it will power your supply chain in more ways than one.

The new air freight company is the result of the existing in-house aircraft operator, Star Air, which has transferred activities into Maersk Air Cargo, the new carrier supporting existing and new customers and Maersk’s end to end logistics. The process of transferring activities has received excellent support from customers, suppliers, employees and the Danish Civil Aviation Authority.

Maersk last operated from Billund in 2005. From the continent Maersk Air Cargo will progressively deploy and operate a controlled capacity of five aircraft – two new B777F and three leased B767-300 cargo aircraft. Three new B767-300 freighters will also be added to the US-China operation, which will be initially handled by a third-party operator. The new aircraft are expected to be operational from second half 2022 and onwards up to 2024.

Maersk’s ambition is to have approximately one third of its annual air tonnage carried within its own controlled freight network. This will be achieved through a combination of owned and leased aircraft, replicating the structure that the company has within its ocean fleet. The remaining capacity will be provided by strategic commercial carriers and charter flight operators.

Maersk Air Cargo is expected to be fully operational as of second half of 2022.