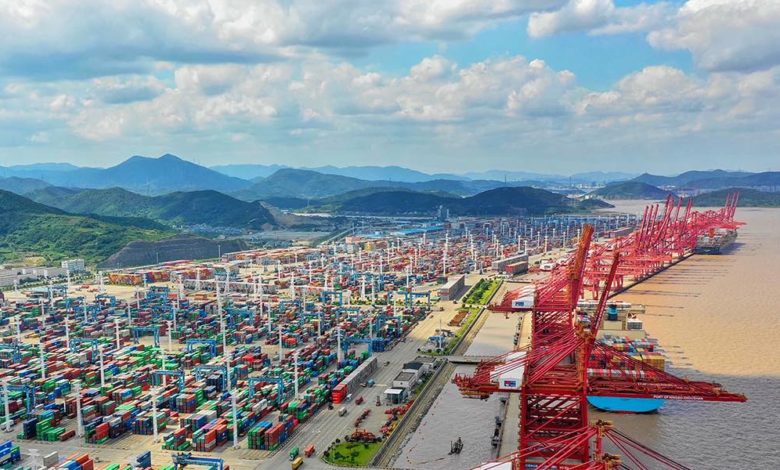 Singapore is now facing the possibility of being overtaken by China’s Ningbo-Zhoushan port as the world’s second-busiest container port, 12 years after losing its crown as the world’s busiest box port to Shanghai.

Alphaliner’s latest report on 21 September noted that Ningbo-Zhoushan handled 17.54 million TEU in the first half of 2022, just 1.08 million TEU less than Singapore, as the three-month lockdown of Shanghai caused substantial diversion of Transpacific cargoes to Ningbo-Zhoushan.

Alphaliner observed, “Indeed Ningbo-Zhoushan even overtook Singapore in Q2 though figures were undoubtedly boosted by the extraordinary Shanghai lockdowns in April and May. Ningbo-Zhoushan has benefited from restrictions at its lock-down hit neighbour Shanghai, with many carriers diverting ships to avoid delays and trucking issues.”

Ningbo-Zhoushan continued to grow in July, at 3.28 million TEU, up 26% from the year before, even as volumes bounced back at Shanghai. Overall, Shanghai posted a decline of 1.8% over H1 2022 to 22.54 million TEU, while Ningbo-Zhoushan logged growth of nearly 9%.

China’s eight ports represented 53% of total throughput for the leading 20 ports in the period, a figure that is likely to grow further as the country funnels traffic towards a smaller number of hub ports.

As of July, Ningbo-Zhoushan had 301 container services calling, while July marked the fourth consecutive month its throughput exceeded 3 million TEU. More widely, continued port growth – even if modest – contrasts with the drop in carrier volumes seen this year.

Alphaliner explained, “Higher transshipment activity may be partially distorting growth figures since cargoes re-routed due to port congestion eventually create extra load and discharge moves that are not indicative of actual volume growth on a specific trade lane.”