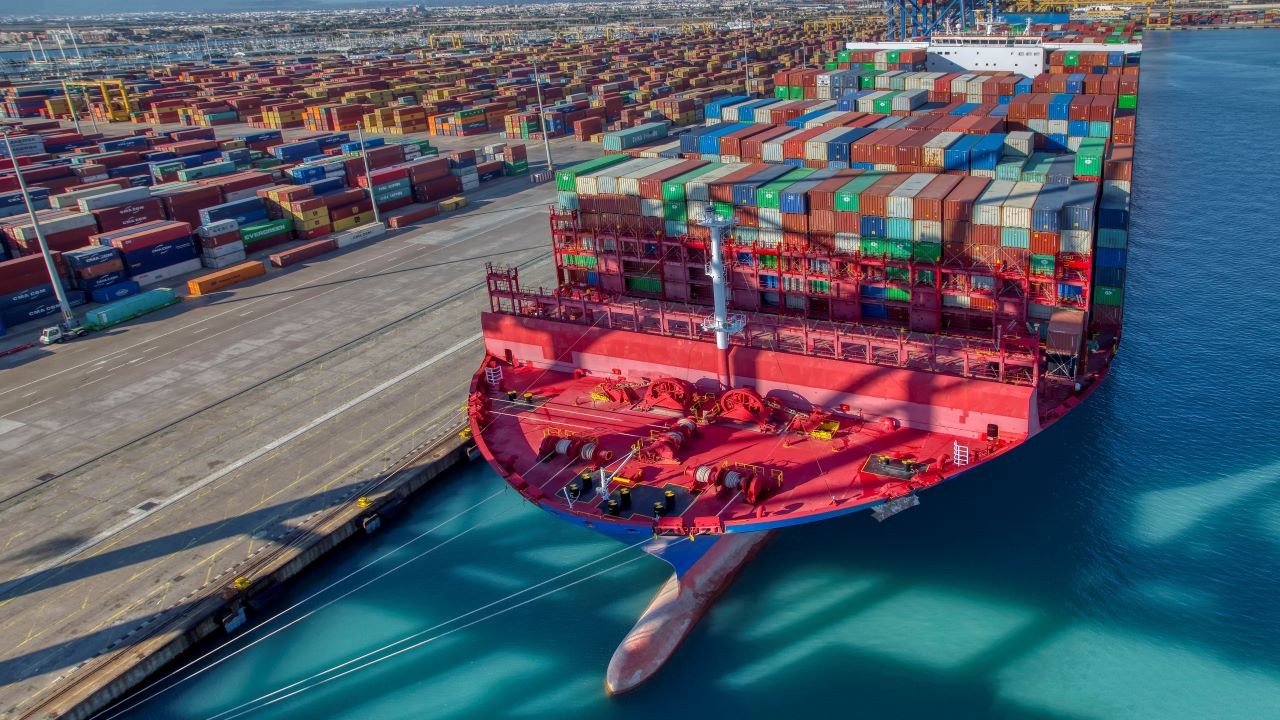 Sea-Intelligence has reported that while freight rates continue to tumble on Transpacific and Asia-Europe, they are holding firm on Transatlantic Westbound.

The primary question, according to the Danish analysts is whether supply or demand leads rates to hold up.

“Secondly, since this presents carriers with an opportunity to make money on the trade, by shifting capacity onto the Transatlantic (like we saw with the Transpacific in 2021), would this inevitably cause a downwards pressure on Transatlantic rates?” wonders Sea-Intelligence.

A look at the spot rates indices shows that rates on Rotterdam-New York have been holding firm since August 2021 and have even increased marginally since then.

“However, this is not a product of demand growth, as demand growth has stalled on Transatlantic Westbound, just as it has on Transpacific and Asia-Europe. If freight rates are not being lifted by demand, then it surely must be supply?” commented Alan Murphy, CEO of Sea-Intelligence.

The following figure (which shows the weekly capacity growth, both as a normal Y/Y and as an annualised growth versus 2019), if we look above the volatility in favour of the longer-term trend, shows that carriers have so far shown exceptional capacity discipline, with the annualised capacity growth staying negative all throughout the pandemic.

Despite easing congestion issues on US East Coast, so far (as of week 38) Sea-Intelligence’s analysts have not seen a sharp capacity injection in the trade. 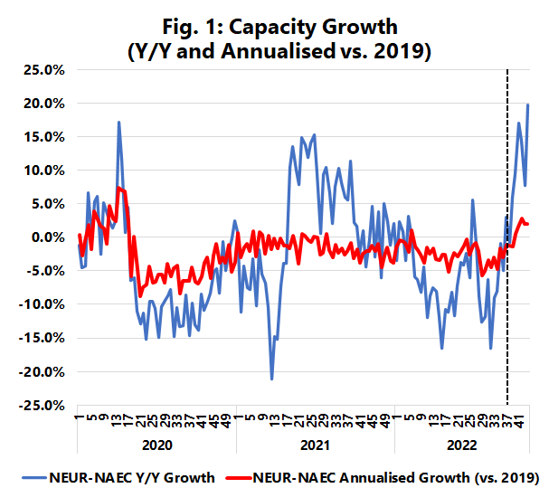 However, Danish analysts said that past the dotted line (which shows the future deployment up to week 44 as published on week 38), we can see a sharp capacity injection, with the Y/Y growth peaking at 19.6% in week 44.

“If this capacity increase is realised in the coming weeks, a sharp downwards correction in the North Atlantic spot rates is both highly likely and imminent,” pointed out Murphy.