As Shanghai springs back to life after two months of lockdown, congestion at the port is almost back to normal, according to the latest data from VesselsValue. 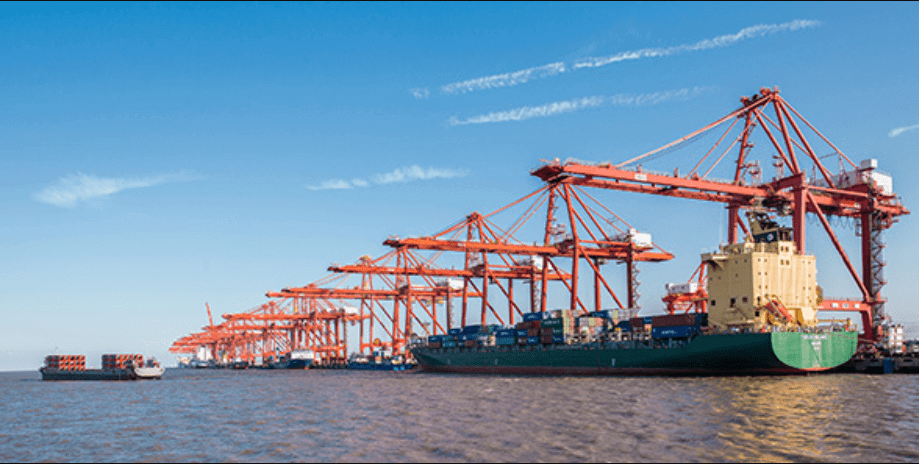 At the height of reported Omicron cases, average waiting times for tankers, bulkers and container ships at Shanghai stretched to 66 hours in late April. But, as shown in Figure 1 below, waiting times have now shortened to 28 hours, just an hour longer than the top end of the range seen at this time of year over the past three years. 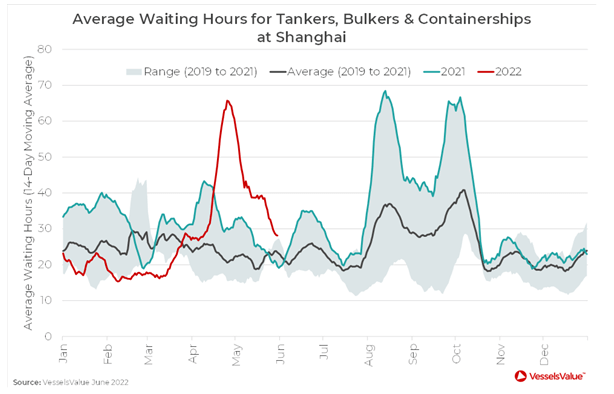 Breaking the data down by ship type, VesselsValue noted that the overall trend is most closely mirrored by container vessels, the most populous ship type at the port.

Average waiting times for boxships, having peaked at 69 hours in late April, are now down to 31 hours, still some 4 hours longer than the higher end of the range seen for the time of year over the last three years.

This is shown in Figure 2 below. 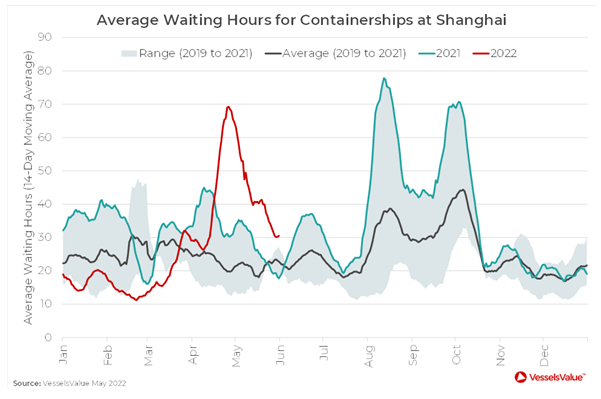 Moreover, congestion for tankers is back within normal bounds, according to VesselsValue. As shown in Figure 3 below, average waiting times for this type of ship in Shanghai were at their worst in early April, at 37 hours. But they are now down to 18 hours, which is 2 hours shorter than the average levels seen at this time of year over the last three years. 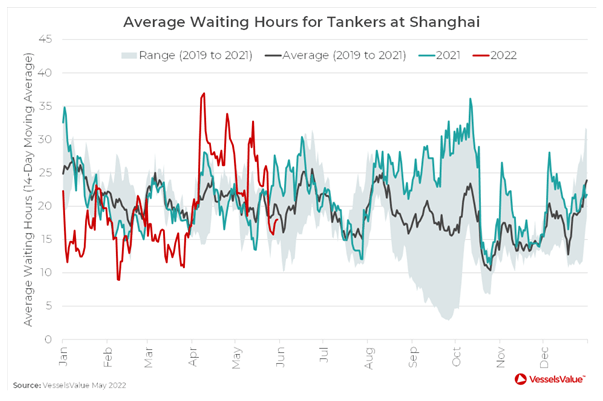 This is shown in Figure 4 below. 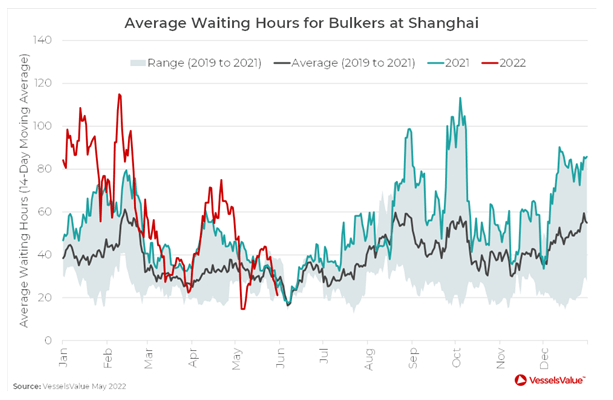 “As shops reopened on 1 June and people returned to offices, parks and markets, there are many encouraging signs of normalisation,” commented VesselsValue, adding that “Factory activity in China’s largest city shrank less sharply in May than in April, though it was still the second sharpest monthly slump since February 2020, in the initial stages of the Covid-19 pandemic.”