More than 130 omitted calls and over 60 added calls have been noted for the period 23 May – 26 June due to low productivity and congestion caused by Covid-19 restrictions at South China ports. 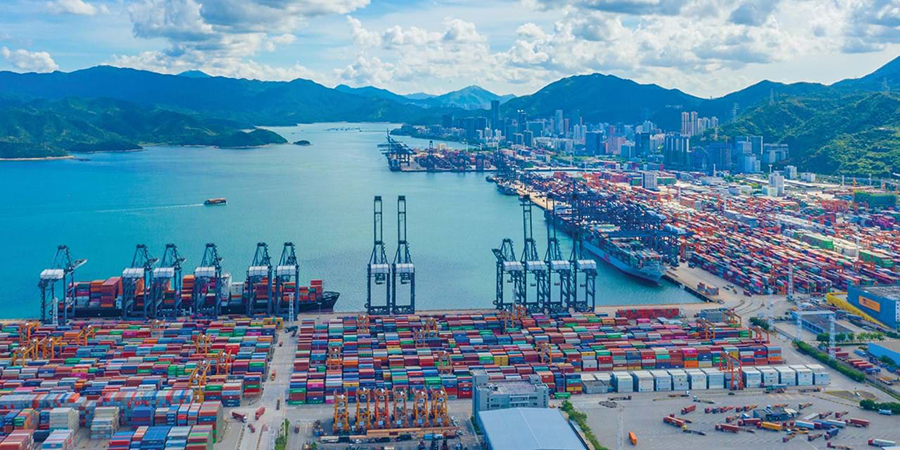 Based on vessel schedule data updated by 11 June, EZOCEAN which belongs K Line Changsha Data Processing Company, a subsidiary of K Line China, has summarised all omitted and added calls on Asia North America and Europe trades from week 22 to week 26, reporting a total of 135 omitted and 63 added ones.

As expected, the Port of Yantian is the most affected port in the region, suffering 128 omitted calls. The number of omissions has peaked during week 24 (6-12 June), but is gradually declining in the following two weeks, according to EZOCEAN.

Meanwhile, the Port of Nansha, as the main backup port for Yantian, has seen 32 added calls and only two omissions on an Asia-MED service. The Port of Shekou has also been an alternative solution during the Yantian crisis with 12 added calls and 4 omitted ones. 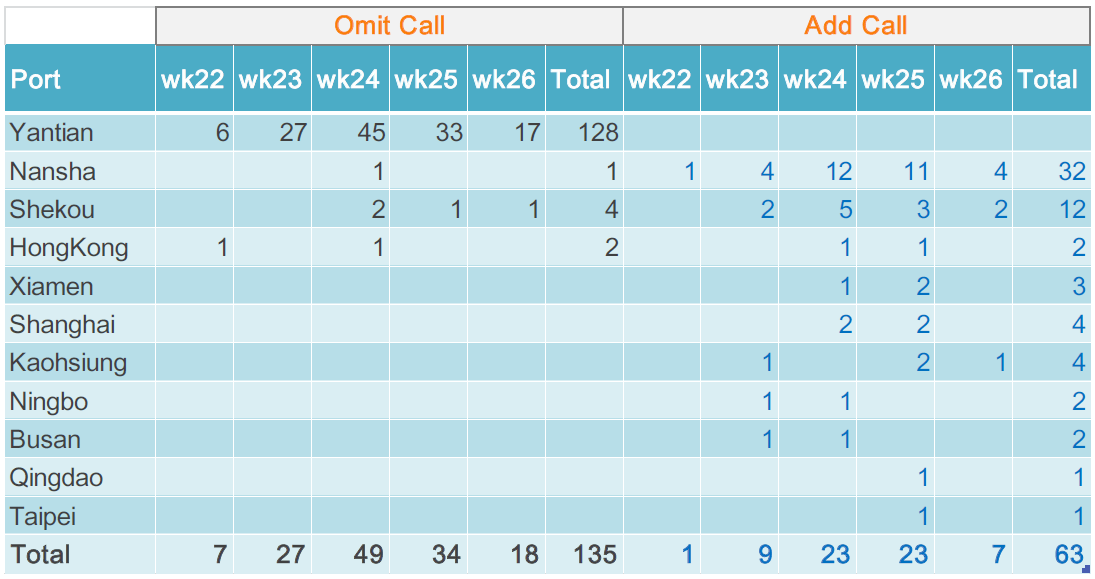 Additionally, THE Alliance, which comprises Hapag-Lloyd, Yang Ming, ONE and HMM, and 2M Alliance of Maersk and MSC have similar changes with 30 omitted/nine added calls, and 25 omitted/six added calls, respectively.