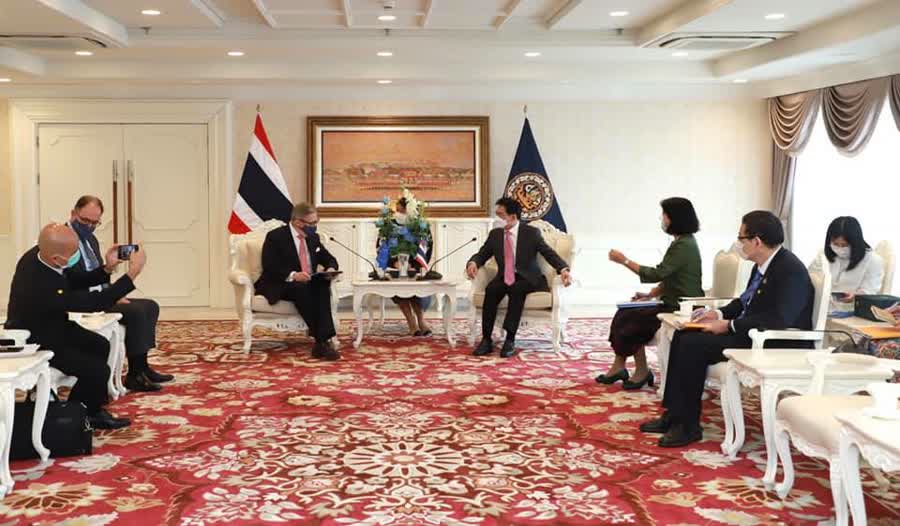 Thailand and the European Union (EU) are now back in talks to establish a Free Trade Agreement (FTA), for the first time since the initiative was put on hold in 2014.

This morning, Ambassador of the European Union to Thailand, H.E. Pirkka Tapiola, paid a courtesy call on Deputy Prime Minister and Commerce Minister Jurin Laksanawisit at the Ministry of Commerce, to discuss various topics, as well as gauge the future prospects of resumption of FTA talks between Thailand and the EU, in order to facilitate and expand opportunities for businesses from the two regions.

Discussions for an EU-Thailand FTA were launched in March 2013 but were put on hold following political unrest.

The EU (27 countries) is Thailand’s 5th largest trading partner after ASEAN, China, Japan and the United States.
In 2020, trade value between the two economies totaled 33.1 billion USD (1.03 trillion THB) which accounted for 7.56% of Thailand’s global trade.