Types of Container Terminals On The Basis of Ownership

To this day, containerization has largely evolved with the standardized sized boxed units which have enhanced cargo handling and transportation techniques. Containerization has led to a global transformation in trade and business with collective progression in imports as well as exports and decreased theft, damage and loss of cargo.

Modern day container handling has given the shipping industry a newer perspectives of trade with far off places. In the most developed areas of the world, containerisation has a high value share in the maritime based import, export and transhipment of general goods. Resources have proven that ‘ transshipment’ is the driving force for the rise of container handling in the past few years. 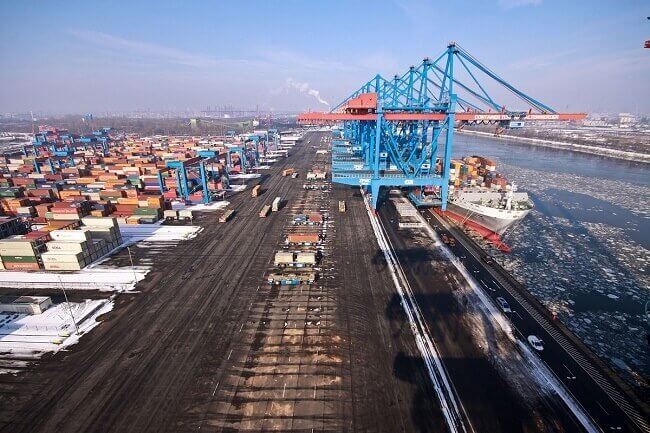 Containerization has also transformed the business of transportation into a standardised function, leading to development of many container terminals around the world. All types of shipping containers have to conform to the industry recognised ISO standards; which means global acceptance.

Moreover, newer container technologies have also sprung up to transfigure with the changing times. Shipping containers are made up of weathering steel welded together to form super strong reinforcements, framings and structure. These fail-safe cargo carriage units are highly advantageous and profitable particularly to the ship and cargo owners.

Every single shipment of cargo travels from point A to point B in several formats either by rail, road or sea. There are stand alone transportation systems for different types of cargoes to be transported in bulk. Containers are the only transport system that are used by all three modes of carriage. Shipment over sea is carried out on the container ships; similarly, rail and road transport of the containers is done by trains and trucks.

The Container terminals around the world are classified with respect to their ownerships into five categories:

Since they operate on a first come first serve basis, all the facilities of the public terminals such as tariff rates, loading and unloading processes, berths in and out, etc are shared equally among all the shipping lines. The handling of the containers and other related charges are mostly calculated at regular tariff rates or discounted upon agreed rates.

With such terminals in operation, major carriers have collaborated with the port authorities and signed long term lease contracts for using the terminals exclusively. The carriers are liable to pay up the facility charges, contract kick backs, berth rents, etc. which are used up as priority usages for the carriers. Maersk group being one the largest carriers in the world has quite a few terminals contracted for their long term usage. Also, there are a few partnerships among the shipping lines that have multi-user long term contracts to share out the terminal usages.

Terminal operators invest directly in the construction, operation, handling facilities of a terminal. The operators make agreed contracts for lease with the port authorities by depositing a sum towards the total handling charges of the container operations.

The methodology is similar to the one for terminal built and operated terminals. In such kind of licensing, a carrier or several carriers together lease the container terminals by making deposits to the port authorities or investing directly in their construction, operation and handling services

5. Joint venturing of the carriers and terminal operators

In this type of contract, an agreement is made between the shipping lines and the terminal operators thereby establishing a company. Direct investments are made and the terminals are jointly operated for safe, prioritised and efficient container handling operations.