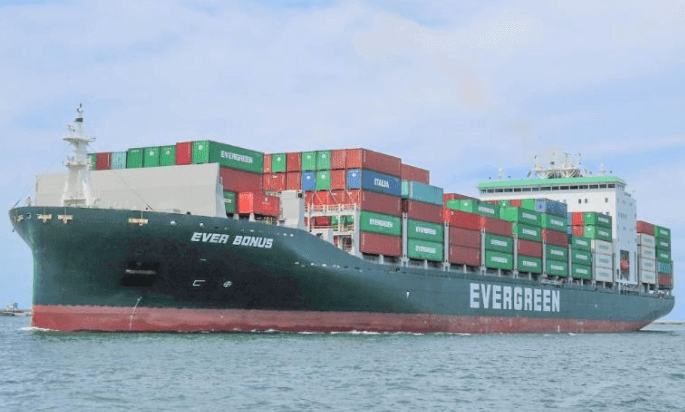 The Taiwanese shipping group has been expanding its fleet of containers amid the well-documented equipment crunch, which has contributed to rocketing freight rates.

Since March 2020, Evergreen and its container leasing and warehousing subsidiary, Evergreen International Storage & Transport Corporation have ordered at least 90,000 containers, including the latest commission.

Evergreen’s announcement of the latest round of container orders coincided with the release of its 2021 first-half results, showing a US$3.2 billion net profit, a 29-fold increase from the US$105.48 million net profit in 1H 2020.

Evergreen also announced a shake-up in the registered ownership of some of its group-owned ships.

In addition, a 7,000TEU ship that is registered to another Panama-incorporated subsidiary, Yamasa New Pulsar V SA, will be re-allotted to a Singapore-registered unit, Evergreen Marine (Asia) Pte Ltd.

The vessel names were not disclosed. Gaining Enterprises SA is the registered owner for 11 ships, while Yamasa New Pulsar V SA owns just one ship, the 7,024TEU Ever Summit.

Explaining the fleet re-assignment at a press conference, Evergreen president Eric Hsieh said, “This is to coordinate the company’s overall operations, while considering the market conditions, so as to improve our competitiveness, market share and efficiency.”