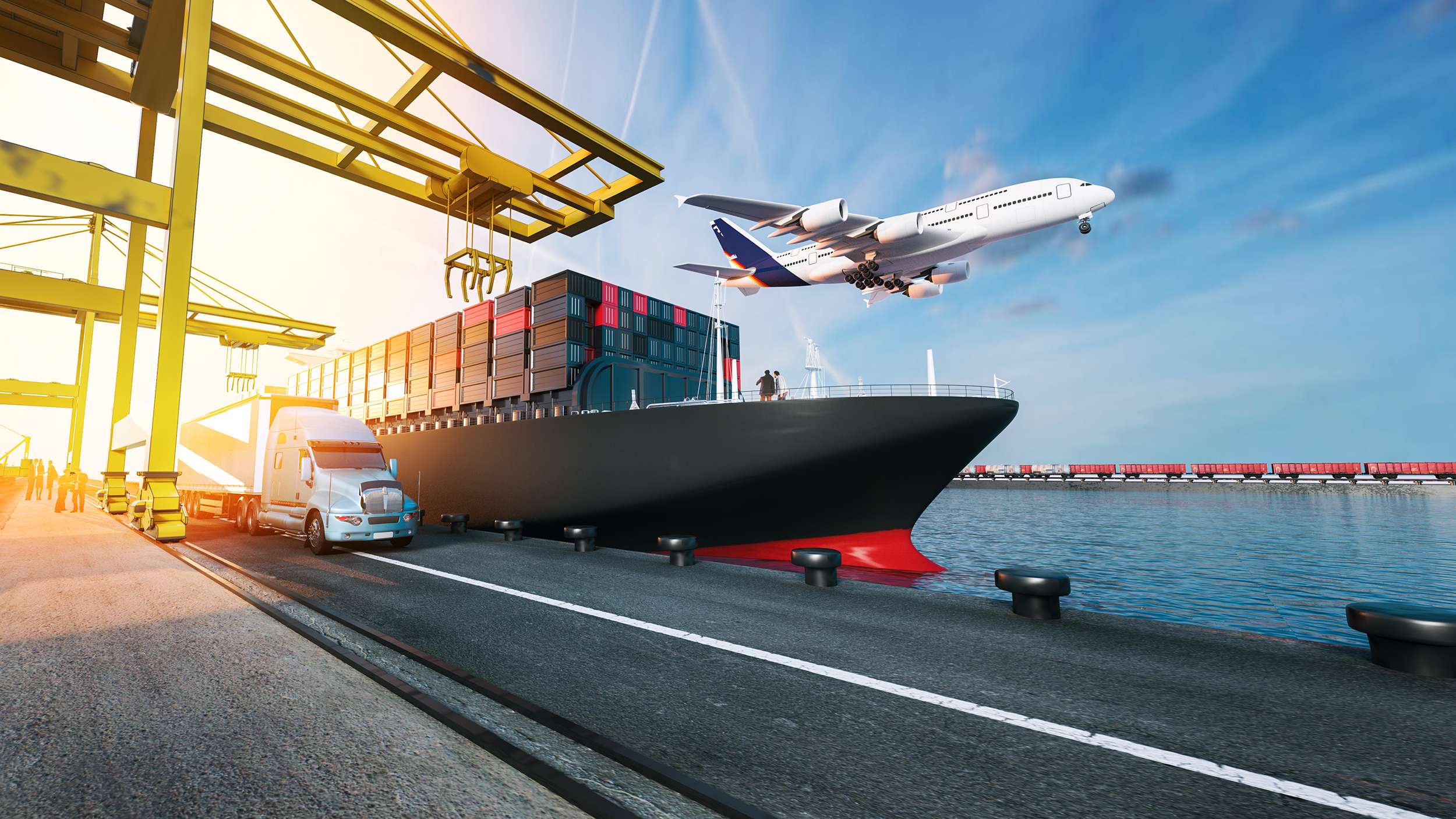 Global trade figures stood at USD 22 trillion in 2021. The slight lull in the pandemic situation since mid-2021 is seen as the major factor in this jump of 3 trillion, from the previous figure of USD 17 trillion in 2020. Along with global trade, the logistics industry and its ancillaries stand to benefit from this increase in business.

Sea freight is the shipping or transfer of goods between two locations by one or more ocean carriers. An estimated 80% of the global trade is accomplished using sea freight.

Airfreight, on the other hand, is the transfer of cargo by airplanes. Though on a global scale, it is much less in volumes compared with sea freight, air freight has its advantages.

Normally, one would choose the mode of transport based on the following factors:

As a rule of thumb, smaller volumes and high-value goods are transported by air while bulk goods are moved as sea freight.

Sea freight is the most common method of transporting goods between locations, especially in international trade. Goods are packed in intermodal containers for transporting thus by cargo carriers. It is a less-expensive option when compared to transporting cargo by cargo planes.

Sea freight is considered more suitable for the transport of bulk cargo. Manoeuvring large or abnormally-shaped cargoes is easier when a large space is available such as in container yards, on ship decks, and cargo holds.

Most cargo that is restricted by air freight such as compressed gases, flammable materials, and toxic or corrosive materials can be transported by sea under the IMDG Code.

The IMDG Code is the accepted international guideline for the transport of Hazardous Materials (HAZMAT) by sea and the prevention of any resultant marine pollution.

These days, very large ocean carriers that can carry several thousands of intermodal containers ply the seas. A typical cargo ship can carry between 15000 – 18000 cargo containers onboard (TEU or Twenty Equivalent Units). The largest of such vessels can carry about 24000 containers!

The Ever Ace built by the Samsung Heavy Industries, as well as the HMM Algeciras made by Daewoo Shipbuilding and Marine Engineering, are 400 meters in length, each. These behemoth carriers can reach cruising speeds of up to 22 knots while meeting all the requirements of eco-friendly transport, leaving less carbon footprint!

Intermodal containers come in different sizes and types. The most common being 20’ and 40’ containers. They are available as dry general purpose (GP) containers or refrigerated containers. Typically, the latter type is fitted with generator sets (GENSET) that maintain a steady, set temperature within the container throughout its journey.

Goods can be sent using these containers as Full Container Loads (FCL) or as Less-than Container Loads (LCL). In most cases, sophisticated temperature and humidity tracking equipment relay real-time data to the operator, shipper, or the buyer of goods. Any aberrations from the normal settings are identified and rectified immediately, or actions are taken to minimize loss.

LCL shipments may or may not involve consolidation. Also known as groupage, consolidation refers to the shipping of several small consignments from different shippers to a common destination, by a single container.

The main types of sea freight are:

Bulk carriers are used to transport bulk cargo such as grains, ores, cement, etc. Such items are transported in the ship’s holds as loose cargo.

Now, let us look at some of the drawbacks of sea freight here:

Weather plays an important role in the speed of ships. Rough seas can slow down the progress of a vessel considerably. It is not mainly the passage over water that makes it slow, but there are several other factors that may add days to the total lead time of cargo.

For example, there might be delays in getting the goods transported from the shipper’s premises to the port by truck. Port congestion, labour issues at the ports of loading or discharge, incorrect customs paperwork, and breakdown of equipment are some of the other main reasons for delays.

Small quantities of goods may be shipped by sea as LCL cargo. But here, the chances of it getting damaged among other larger consignments or instances of pilferage, are quite high, unless shipped through reputed consolidators.

LCL cargoes can also take a longer time for delivery as compared to full container loads. Hence, shippers normally prefer sending their smaller consignments by air or by land transport.

Being a faster option, air freight comes at a higher price compared with sea freight. Air cargo is shipped either on normal passenger planes or through cargo aircraft dedicated to the movement of cargo. An air freight cargo usually reaches its destinations on the same day or the next, making it ideal for sending goods that have a limited shelf life such as food items, pharmaceutical drugs, etc.

Typically, high-value, small-volume goods are sent as air cargo. Air freight saves time and is considered more secure than sending by sea. This may be due to the fact that airports and their periphery are always well guarded against intruders, pilferage, and theft.

The time taken to clear air cargo for export or import is much less than it takes to send or receive goods by sea. Hence, the need to warehouse such goods is much less.

Air cargo is classified as general cargo and special cargo.

General air cargo does not require special conditions for its transport by aircraft, such as temperature and humidity-controlled containers, special packaging, etc. Examples are electronics, dry foods, and other general items.

Airfreight is not without problems. Most delays in air freight happen during the transport of goods from their storage to the airport or vice versa, usually by transport trucks. Incorrect or incomplete documentation is also blamed for delays in the receipt of air freight cargo. Changes in flight schedules can lead to delays as well.

Though, as we have seen earlier in this article that restrictions and regulations are in place for sea freight of hazardous cargo as well, it is simpler than the requirements for air freight.

The Dangerous Goods Regulations prescribed by the IATA (International Air Transport Association) is followed when sending hazardous cargo as air freight. The IATA DGR manuals with updated regulations and best practices are published annually to ensure the safe and efficient transfer of dangerous cargo by air.