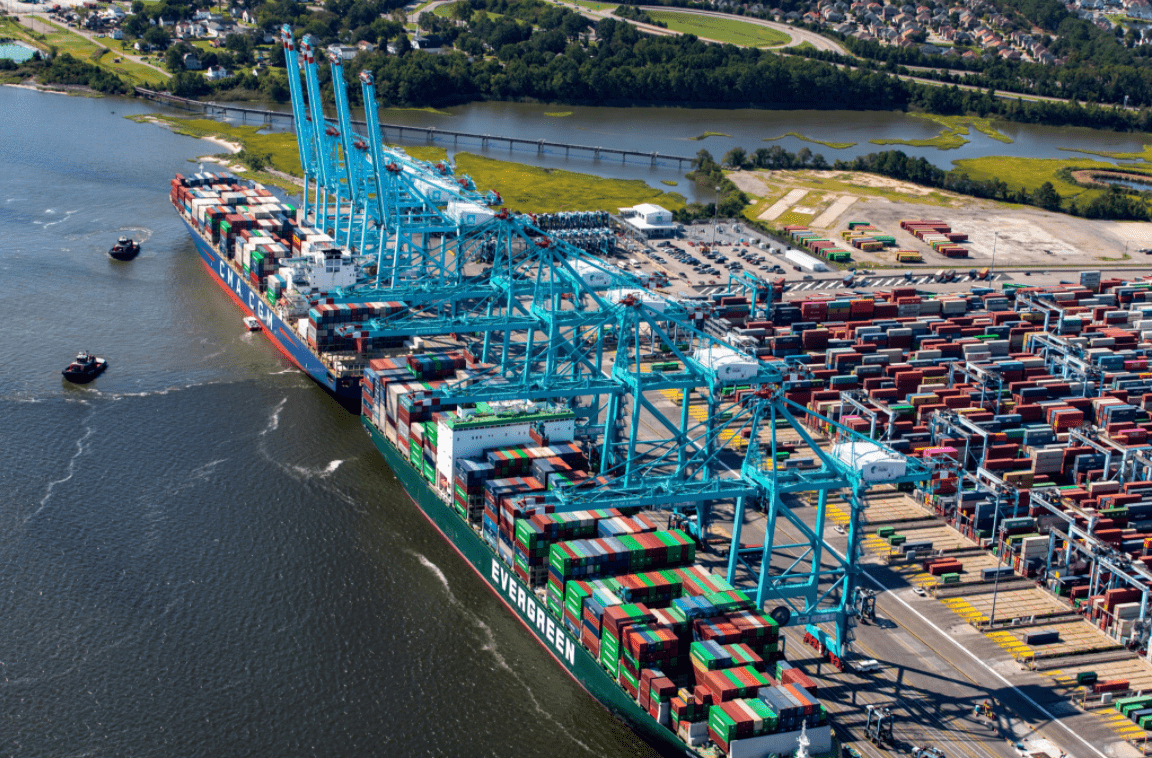 While North America West Coast port volumes have started to contract sharply in the third quarter of 2022 (both Y/Y and on an annualised basis compared to 2019), the same is not the case for the North America East Coast ports, according to Sea-Intelligence.

The Danish shipping data analysis company said that the year-on-year (Y/Y) laden inbound growth in 2022-Q3 was between 4%-11%, and the annualised growth was between 7%-10%, as it is shown in the Fig.1.

Total handling volumes also exhibited a similar growth trend, albeit shifted slightly downwards, according to the report. There is also an increase in the laden export volumes, growing Y/Y for four consecutive months in September, which shows that the carriers are starting to clear out laden export backlog a little more.

Based on that, empty exports are still growing at a rate of 17%-20% Y/Y, when annualised against 2019, according to Sea-Intelligence’s analysts. 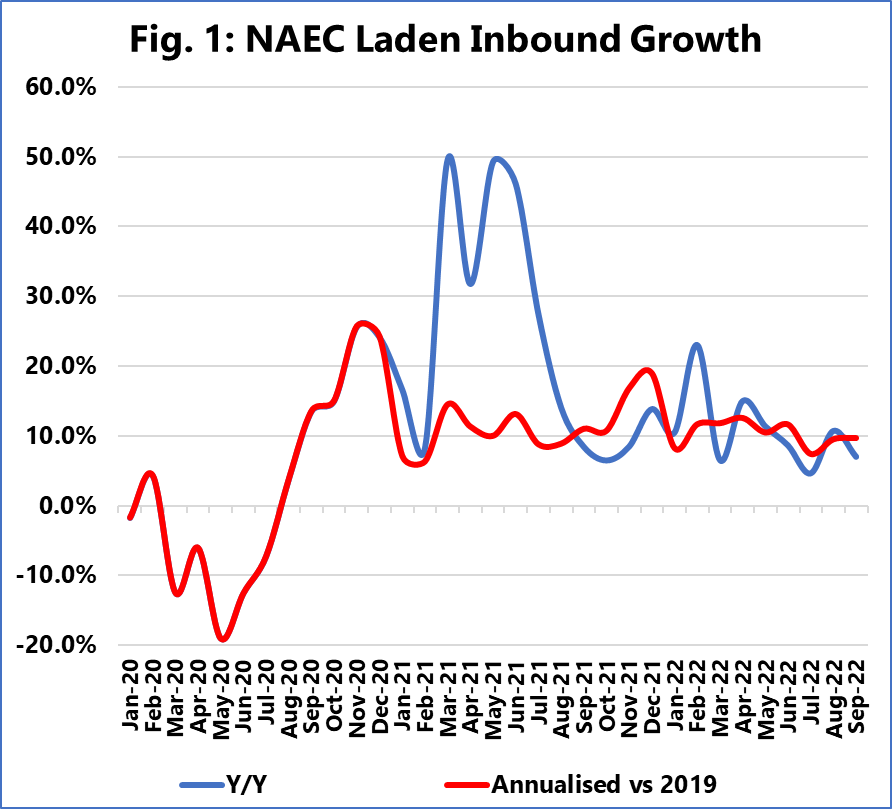 This is shown in the Fig.2, where a number greater than 1 means more volumes are handled in the West Coast ports, and vice versa. 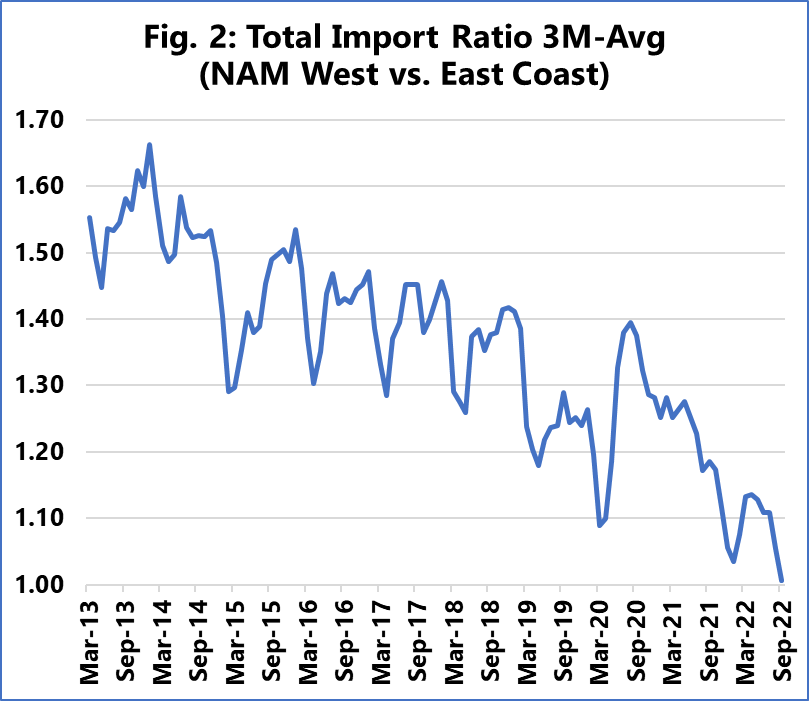